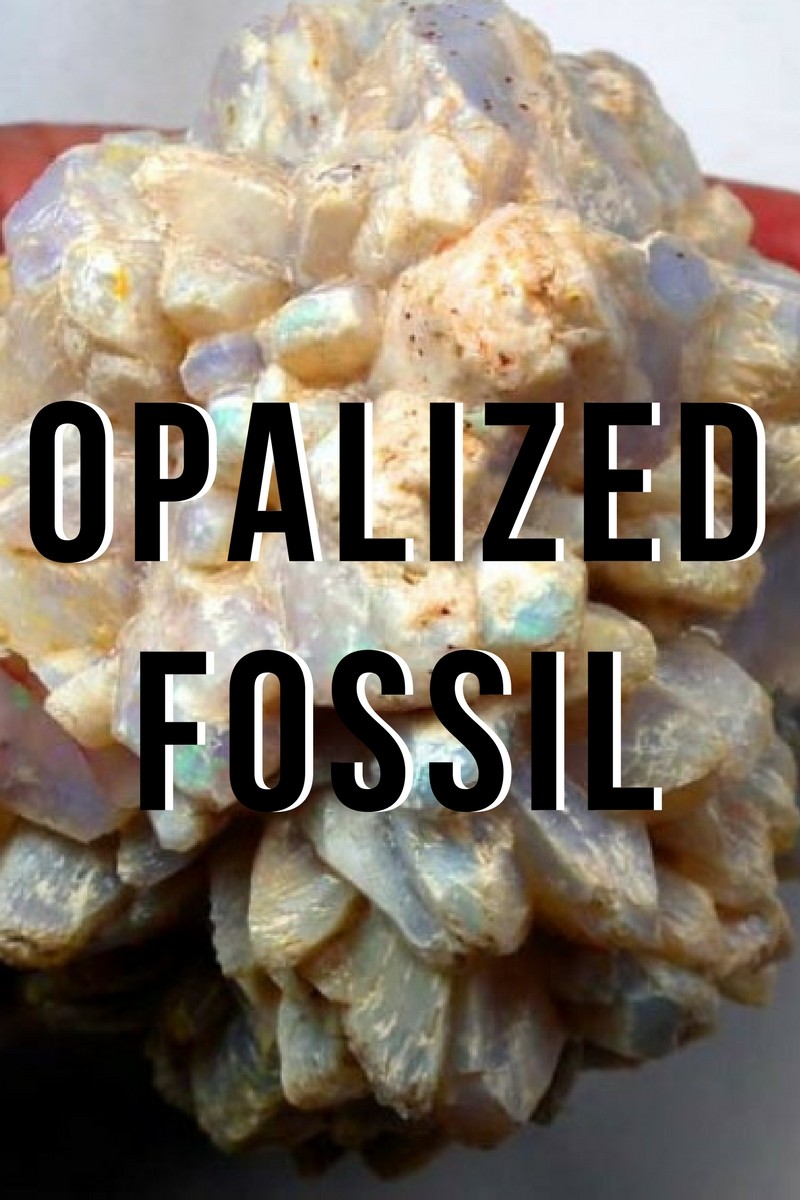 Opal starts as a solution of silica in water forming in cavities within rocks. If the silica fills in space left by rotting shells or bones the opal silicia like a mould can produce an opal cast of the original object. If the conditions are right for opal formation then the fossil can become opalized but this is rare.

These are actually a fossil replacement by opal. The decaying fossil leaves a cavity which is filled by gel opal which solidifies over millions of years. Unfortunately, many miners would cut a rare fossil as the opal content was worth instant money. This practice has nearly stopped as most miners are now aware how rare they are.

There have been all types of opalized fossils from Lighting Ridge, the most exceptional being the animal skulls. There have been fossils such as dinosaurs, bones, tortoise, shells marsupials, and yabby. Some of the most interesting are teeth in the form of fossil especially with the colour produced from the opal fossil. Fossils can produce gem colour for different opals such as white, crystal, and black opal.

Several opal cutters will miss the fossil cutting out a solid opal out of the piece because it may get more money than the fossil! It is an embarrassment to cut up a fossil, but when it comes to making money and clearing the bills miners will get the money. Opal fossils are mostly discovered in the forms of Lightning Ridge, Shells, and Coober Pedy that may have generated several crystal opal fossil shells over the years. Several opal miners have pots of shells sitting on their shelves.

The centre of Australia, now a hot and dry desert, was once an inland sea. Today, miners continue to unearth opalized fossils especially shells from these areas.

Opalized fossils include vegetation or wood from the boulder opal fields and opalized clam shells from Coober Pedy. Opalized fossils also include sea shells, teeth, and even Opalized belemnites (squid). Opalized shells with good colour and small amounts of potch are hard to find. Many are worth more if they are left natural and unpolished. Among the rarest are opalized pineapples, found only in the White Cliffs Opal Fields. Of course crocodile teeth and dinosaur bones are extremely popular with collectors. Many opal collectors feature opalized fossils in their private collections. 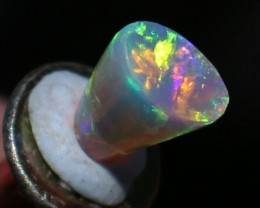 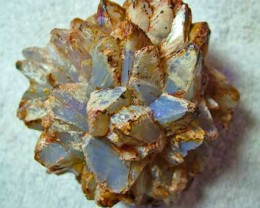 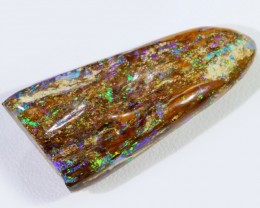 This town has some unique fossils as some are actually black opal fossils. These are incredibly rare, valuable and so beautiful. Imagine digging for opals and you find a shell, then you examine the shell and you can see black potch in this shell and opal colour. Not many people in the whole world will experience the pleasure of being the first person to hold and hold this rare opalized shell. Black opal shells are so rare some even have their own name. 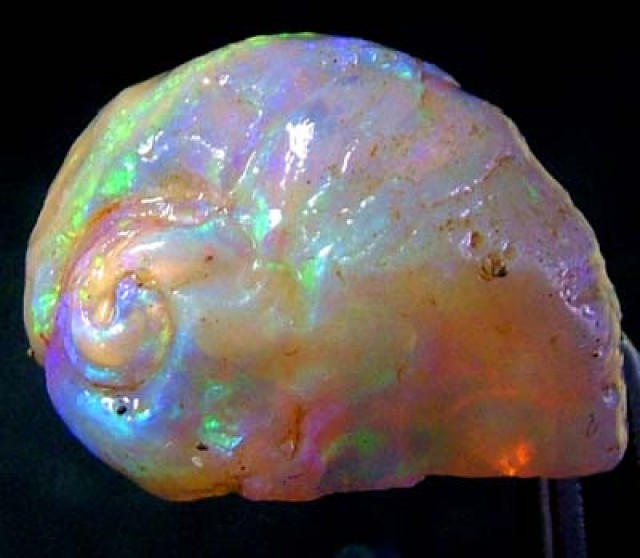 Coober Pedy in South Australia has found more Opalized shells than Lightning Ridge but these back shells are by far the most valuable.Lighting ridge also has a lot of mystery fossilised teeth. In North America sites contain a lot of carnivorous teeth more than 10 to one compared to herbivores who ate vegetation. But Lightning Ridge has ratio twice as many of these carnivores teeth suggesting that the area was fertile and plenty other dinosaurs to eat! This could be the reason for the massive variety of fossils found in Lightning Ridge besides just shells. These include:

The opal fields in south Australia covers a huge area but only a few pockets have opalized fossils and these are strong in marine life to clams and shells. 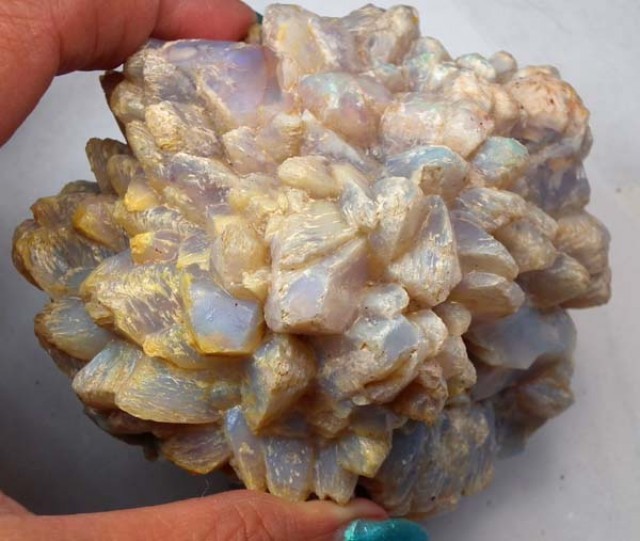 Opalized Wood - Why Didn’t It Turn Into Oil or Gas?

We are all familiar about how oil was formed by decaying forests over hundreds of millions of years. Long before the dinosaurs walked the planet. But why didn’t the wood that turned into an Opal not turn into Oil?

You can imagine how the Earth looked back then with massive forests, bogs and swamps. The climate was so different to that of today. The temperature was far hotter and the earth had strange looking animals. When the forests died and decayed they were covered in hundreds or thousands of feet of soil. In some cases even oceans covered them. 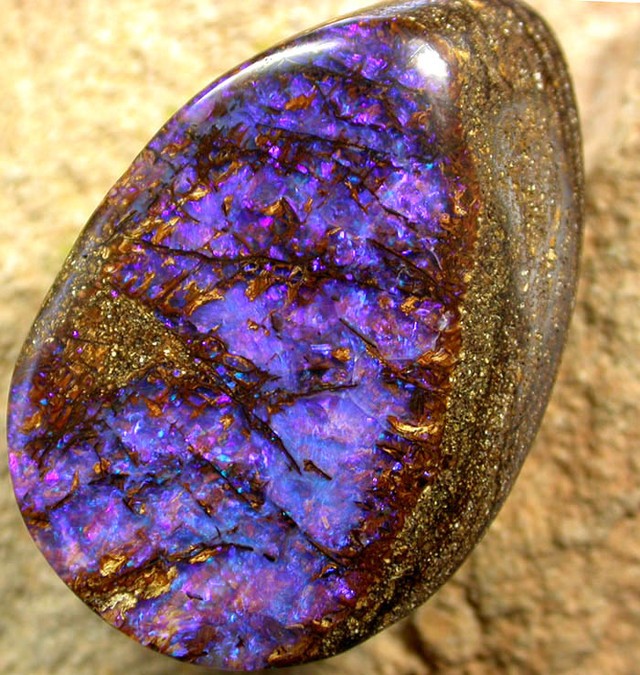 The plants, trees and animals decomposed into organic materials and formed fossil fuels. The fuels were created by organisms that lived in water and were cooked by heat. Incredible pressure and strong bacteria all working under the silt to form oil. In deeper hotter regions natural gas formed

Coal formed 300 to 400 million years ago from decaying trees, plants and ferns. Oceans or rivers covered these areas. Sea water is rich in sulphur so when it dried the coal became impregnated by sulphur. This gave a pollution problem to coal because when it is burnt the sulphur is released.

Some coal had fresh water river or lakes and these do not have sulphur. This created cleaner coal. So one has to ask why wasn’t opalized wood or boulder opal wood fossils turned into fossil fuel?

One theory is that Australia is an old continent. The area that encases the Boulder opal fields of Queensland is where the opalized wood is found. It is formed in a geological formation known as the Winton formation. When you study the opalized vegetation or wood you will note that most of the potch or the backing of the opalized wood is sandy. This suggests that the Cretaceous sedimentary rock formed during a drier period and not in swamps or bogs which are needed for bacteria to grow and form decaying matter into fossil fuels. 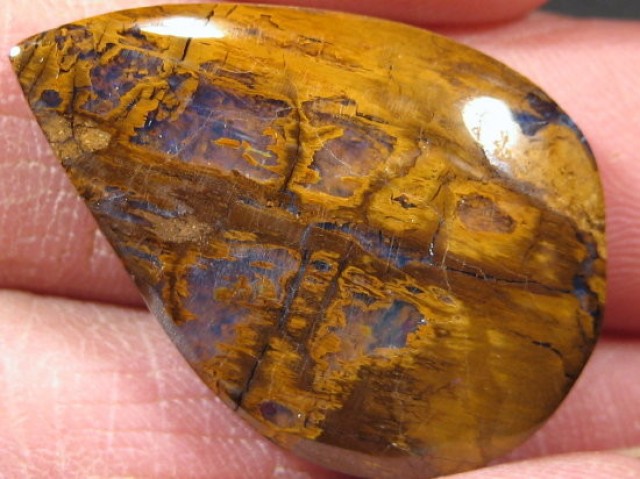 The Cretaceous is 65 to 144 million years old and not the hundreds of millions years that is where fossil fuel formed. The potch or ironstone in opalaized vegetation, has high proportion of sand compared to other opals fields such as Koroit or Yowah in Queensland. They are famous for their deep dark chocolate brown colour with no sand. Sand indicates dry environment instead massive swamps

In this Cretaceous period there was a lot of upheavals in earth’s crust with land masses separating all over the world. At that time Australia was part of Gondwana land. During this time the Rockies of North America, the Andes of South America and the Alps of Europe were uplifted and formed. That is why the Winton formation is so important to Queensland opal miners today. This area of thousands square miles and the ironstone is heavily oxidized.

What is interesting is the fact that the rivers and creeks flowed inland, not towards the sea as they do today. The acidic water in these rivers could have effected silica, which formed into opal. Some forms bacteria do grow well in acidic water.

An interesting pattern in wood opal is Cathedral pattern. Most wood fossils found in Queensland have no opal colour or very little. It is rare to find good opal colour and even rarer to find large pieces of clean opal in this interesting form. 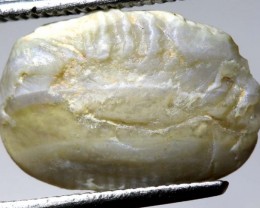 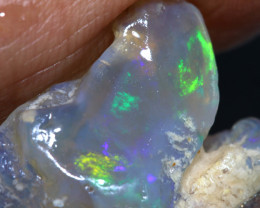 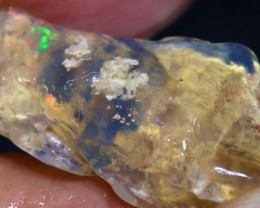 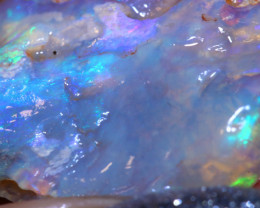