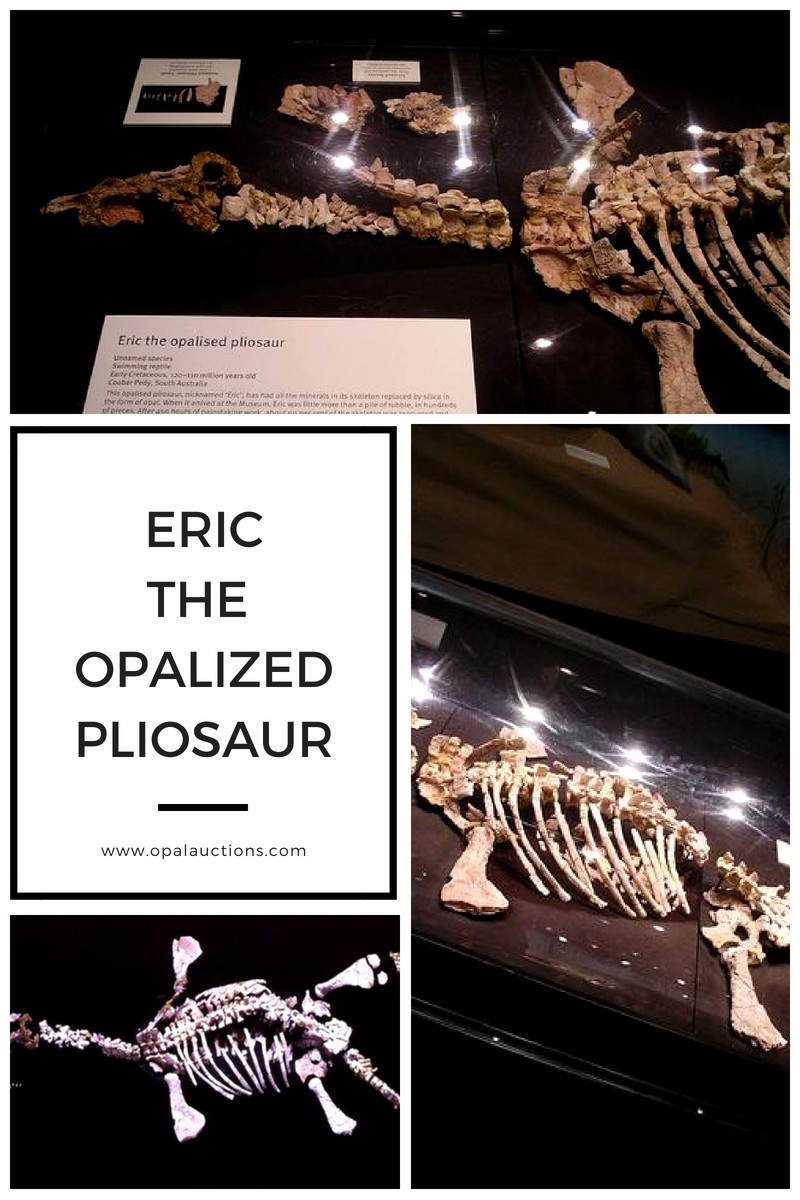 First discovered in the year 1987 in a small town in Australia, the skeleton of a pliosaur that is widely known as Eric has the exceptional quality of having become an opalized fossil across the millennia. This gives the bones an excellent shine and leading some to attempt to sell the parts as jewelry.

Eric the Pliosaurs: A Renowned Fossil Found Covered by Opal

In the year 1987, an opal miner working in a small town of Coober Pedy (this place is known for being rich in opal) in Australia discover the fossil of a pliosaur in a mine. Opal covers this fossil. The fortunate miner tried to excavate the 7-foot opalized fossil by himself, tearing down many fragile parts in the process.

The Opal miner had stumbled upon a pliosaur, a family member of better-known plesiosaurs. This species has larger skulls and shorter necks. This makes the sea dweller, like the plesiosaurs, Jurassic nightmare fuel. Later on, the discovered fossil was named Eric by the caretaker and stays a remarkable example of what can happen during the process of fossilization.

Fossilization is indeed an infrequent occurrence, and one brought about by accident encasing of an animal as well as the succeeding introduction of stone or chemicals into bones to make a fossil. Even exceptional and extraordinary is the overture of semi-precious opal into a bone that can result in an almost bright shine. The town of Cooper Pedy in Australia is well known for having vast deposits of mineral like opal, with an exceptional set of location, conditions as well as million years combining to make Eric the Pliosaur. 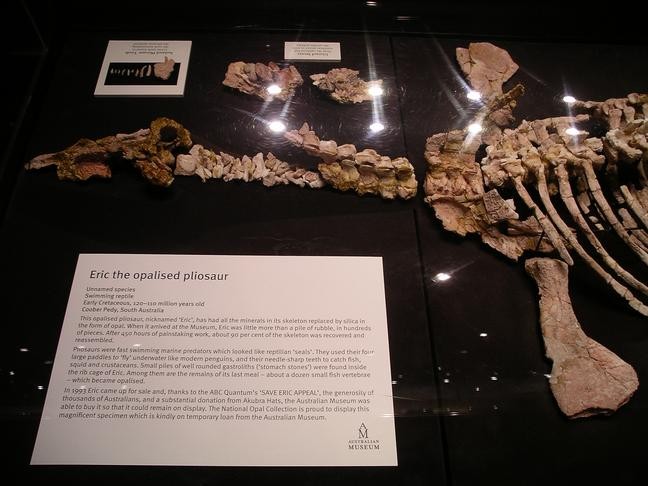 For a miner of opal residing in a small town of Coober Pedy in Australia, there’s not a lot to do with a dinosaur that is fossilized. The opal content in the fossil has a price of not less than $25,000. On the other hand, the disorganized, yet almost complete fossil of the dinosaur is worth significantly more. In a minute after pulling the fossil from the ground, the miner sold this fossil to Sid Londonish, a businessman based in Australia for $125,000 Australian dollars (almost $230,000 when adjusted for inflation.)

Sid sought to reconstruct the fossil accurately and got the service of Pail Willis a renowned archeologist to address the random and jumbled fossil puzzle. Mr. Willis gave the relic the name Eric, and this name was derived from Eric the Half-a-Bee, a famous Monty Python song. During the process of reconstruction, Mr. Willis uncovered an opalized fish bone inside the stomach of the fossil, and keeping in step with the hilarious theme, named the Fish Wanda.

Sad to say, the high expense of fossil preservation as well as reconstruction, in the end, took their toll. The Australian-based businessman had to look into putting up the bones for sale. While there was massive interest from the museum, private organizations as well as academic institutions all over the world, In the case of Eric, there was a remarkable deal of attention from jewelry and gem buyers who liked to turn the fossil into accessories. Fortunately, a Sydney based museum plunged in at the last minute and bought Eric the Pliosaur for their extensive collection of fossils. 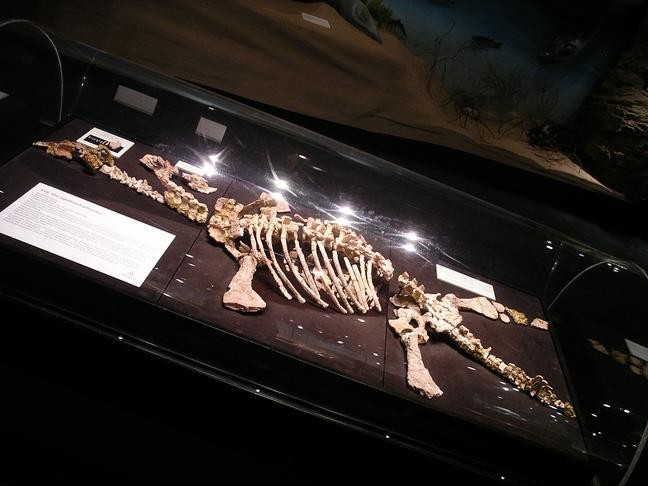 In the years succeeding purchase of Eric, Mr. Sid came under fiscal constraint. Who would ever imagine a man running around buying fossil will experience a financial difficulty?  This Australian-based businessman spoke openly of selling off the reconstructed fossil to the highest bidder. This open auction will bring in a cadre of international museums, private collectors, as well as jeweler collectors who may seek to fragment the fossil and sell as jewels or charms. This is the time when Australian citizens stepped in to keep the fossil at home.

To avoid pieces of fossil from becoming portions of earrings, necklace, charm bracelets all over the globe, Quantum, a cherished weekly science TV series in Australia, backed the scrape of Eric. This TV series launched a campaign called Save Eric, with contributions from sponsors as well as fundraising programs led schoolchildren in Australia amounting to more than $450,000 US dollars. With the massive donation, Australian Museum effectively bought the fossil from Sid Londonish in the year 1993. The exceptional specimen is on display at the Australian Museum for an indefinite period, so those who want to witness this famous fossil or if you are in a Down Under, visit the Australian Museum to observe one of the fascinating fossils ever discovered on earth.

Plesiosaurs were aquatic tetrapods which evolved from a group of terrestrial sauropterygian during the modern Triassic. Limbs were made into paddles, while the limb girdles formed substantial ventral plates similar to the turtle’s plastron.

Pliosaurs are not dinosaurs. Although popular fiction and movies will have you believe that.

Pliosaurid was a short-necked carnivorous aquatic reptile that belongs to the order of Plesiosauria along with elasmosaurids. It has massive skulls, backed by robust, and short necks.

Eric was an extremely small pliosaur, just about the size of a seal. Features exceptional to Eric takes account of the small size of the corpse, a moderately long neck and a proportionately tiny head (other types of pliosaurs are likely to have larger heads and shorter necks.) A keel on the nose suggests that he might have a crest down the middle line of the rostrum. Also, there are thin ridges of bone above eye sockets. 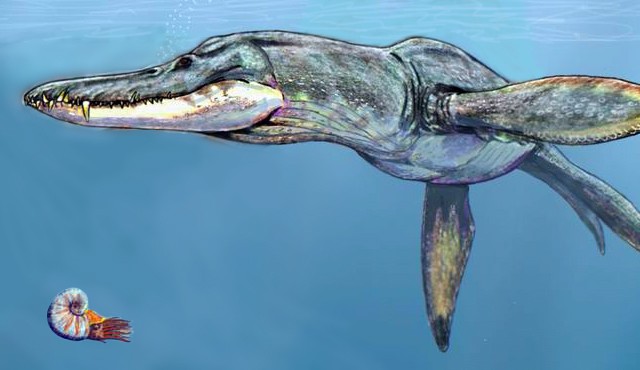 Pliosaur resides in the cold, high latitude Eromanga Sea, and this is an inland sea which covered vast areas of inland Australia during the time Cretaceous about 120 million years ago. Boulders and glendonites which might have been drafted by snow are proof of cold to near freezing wintry conditions.

Like other diminutive pliosaurs, Eric most likely subsisted mainly on a diet of gastroliths and fish bones to help regulate buoyancy and was discovered in the area of his stomach.

Fossils are the naturally preserved traces or remains of plants or animals which resided in the geological past. Two forms of minerals include trace and body. Body fossils take account of remains of the organism which was once living as well as trace fossil is the indication that organism was present; this takes account of tracks, trails, burrows as well as footprints.

Eric is an excellent example of body fossils, and he is roughly complete; some of the skeleton and skull have been discovered. The fossil is being displayed in Sydney by the Australian Museum.

Pliosaurs as mentioned above were secondarily marine tetrapods which evolved from a cluster of terrestrial sauropterygian reptiles during the modern Triassic. Both the plesiosaurs and pliosaurs lived until the late Cretaceous, and they become extinct at the end of the period at the end of Cretaceous destruction event.

In a current phylogenetic analysis, this fossil is considered the most basal member of Rhomaleosauridae, in Pliosauroidea. The basis of the rhomaleosaurid emission happened during the time of the latest Triassic, and some of its members were Jurassic in age. So, it signifies that the lineage of Eric was a long-surviving relic from the Latest Triassic, this an occurrence seen in various Australian Cretaceous vertebrates, like for example the Early Cretaceous Queensland dicynodont as well as a Victorian labyrinthodont amphibian.

Is Eric the Most Interesting Fossil Today?

Looking for complete fossils of instinct animals like amphibians and dinosaurs is a very daunting task, with schools, universities, museums, organizations as well as private individuals spending a lot of money to reconstruct and at the same time to acquire these ancient specimens.

In the past few years, Eric was the most interesting and perhaps the most famous fossil being discovered. Known as Eric the Pliosaurs, this fossil features many exceptional features or characteristics. During the process of fossilization, opalization took place, leaving the fossil with a semi-precious polish. This isn’t a fascinating factor of this fossil, on the other hand, as that might very well be the story of its finding, reconstruction, as well as ownership changes that rescued the relic from being made into charms, and found it a safe place in a museum located in Sydney, Australia.

About the Australian Museum

Australian Museum is the first museum built in Australia.  It aims to create Australia as a premier destination. Here, you can find extensive selections of fossils and other significant pieces of stuff rare to other venues. Since, 1830, the Australian Museum has been building its collection. Now, you will see substantial discoveries stocked in the museum. This is also the best place to learn the history. This is the best place to know more about our world, the place we live in.

“Not just does Eric the Pliosaur tell people something about science, as a remarkable fossil, but he also tells people something about the kindness of the people in Australia,” this what Frank Howarth, the Australian Museum director said.  For more details about Australia Museum, please feel free to visit their website or contact customer hotline number. 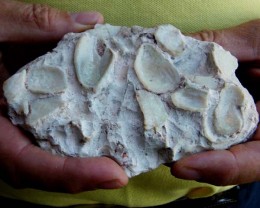 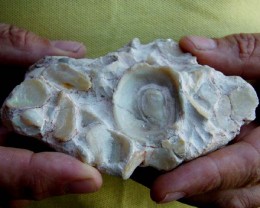 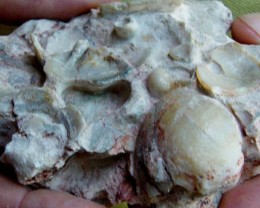 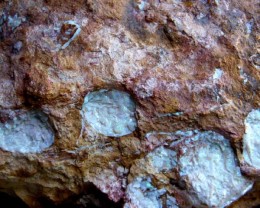