How Is Opal Formed? 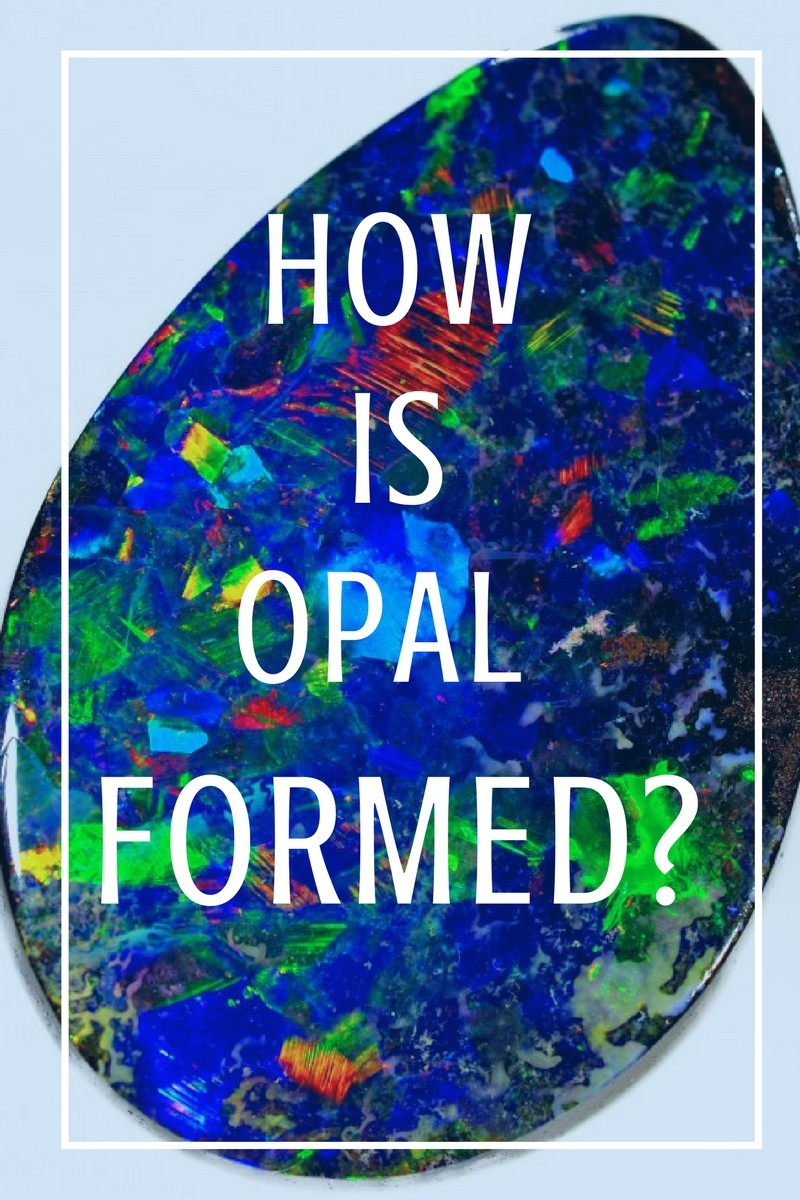 As a ex opal miner I tended to shrug off this question as my role was to sell the beauty of the stone and not a chemical analysis of it. There is still no major agreement of how it is formed and even how old it is. The common theory at Lightning Ridge was that silicane laden water seeped down through the sandstone and filled in void cavities and cracks. The water then evaporated and the opal gel solidified.

However at the opal fields in Virgin Valley Nevada USA [which also produces black opal] they believe that hot silica laden water was pushed up and replaced vegetation to form opal.

The locals believe that the opal in Virgin valley is approx 50,000 years old where as we have always believed that at Lightning Ridge was formed in the cretaceous period 100 million years ago. This is evident by the discovery of opalised dinosaur bones, plants and fish.

It has been suggested that it took around five million years for about a centimetre (a little more than a third of an inch) of opal to develop; perhaps through rain washing the silica gel into the opal dirt.

This was based on the theory that most of the fossils found in Lightning Ridge were from the cretaceous period.

However now many people have come to the opinion that the fossil voids may have been replaced with opal much later and some people have suggested that it may be less than 100,000 years old. 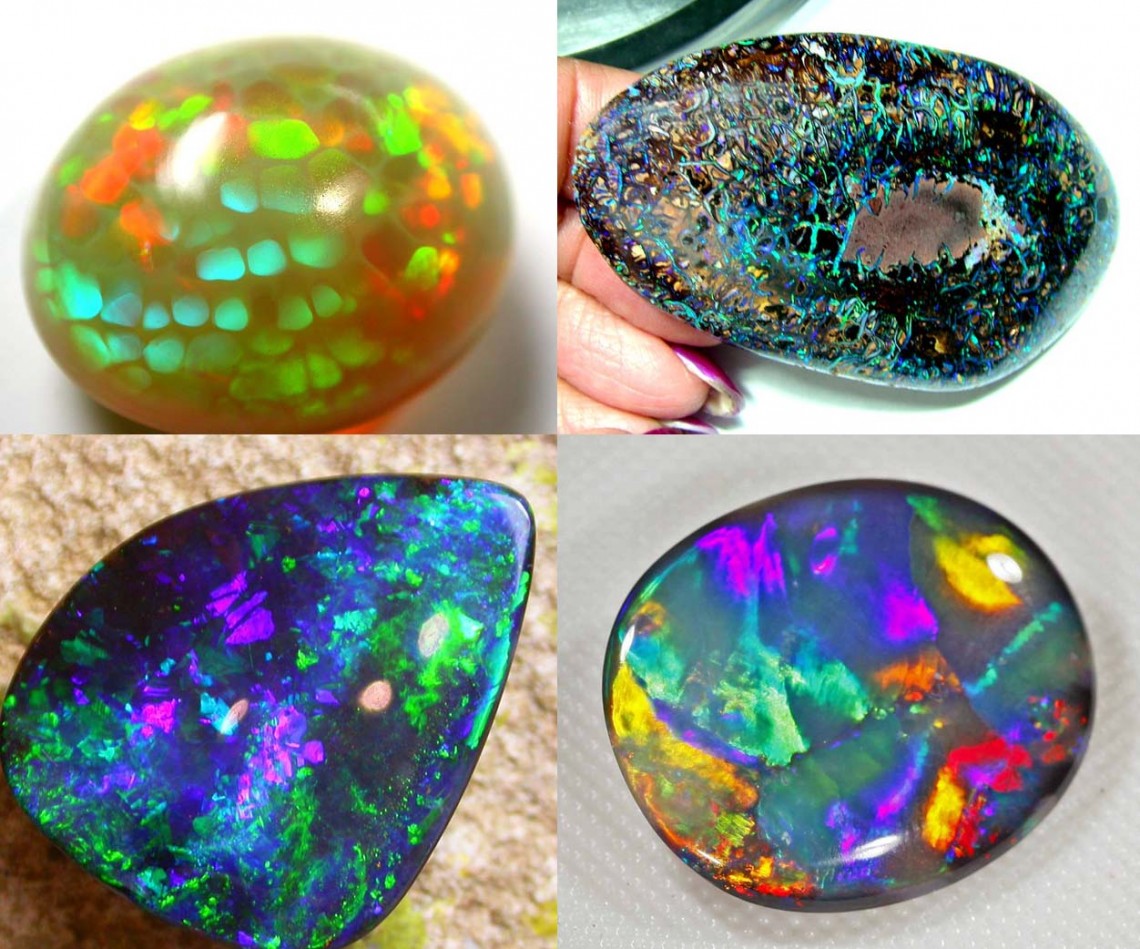 Opal boulder found in Queensland forms in a slightly different method to other types of Australian opal, forming inside an ironstone concretion. The concretion was formed due to ionisation from sedimentary deposition.

The Idaho Spencer opal mines in the USA the Opal Solution or silica, was a secondary deposit carried by geyser activity.

As a result of several eruptions over a period of time, the opal lays in layers. Most of the layers are thin, resulting in some of the most beautiful triplet opal in the world. The Opal is hydrothermally deposited inside hollow geodes in successive layers making Spencer Opal ideal for triplets as the thin layers of extremely high quality precious opal are very transparent with great colour intensity.

The chemical conditions responsible for producing opal are still being researched, however some maintain that there must be acidic conditions at some stage during the process to form silica spheres, possibly created by microbes. It is also believed that the presence is also need of aluminium oxide, ferric oxide or magnesium oxide; and the presence of sodium chloride or sodium sulphate.

The NSW Primary Industries has suggested that microbes may even play a part At the time the Cretaceous sediments were deposited, abundant organic matter and montmorillonite (smectite) clay within some sediments provided an ideal habitat for the microbes to feed and breed. Waste acids and enzymes excreted by the microbes caused the chemical weathering of clay minerals and feldspars in the surrounding rocks. Ultimately, the ongoing feeding and waste production processes of the microbes created favourable physical and chemical conditions for the formation of opal.

Opal has been grown in jars using a electrolyte (a chemical solution that is electrically charged) which can takes weeks to see some colours. This is only a gel material and not hardened. This process is believed to happen in nature and it would explain how opal got inside some volcanic tuff or in the centre of a kernel.

Using an electron microscope, Dr Sanders found that opal was made up of millions of tiny silica balls in a regularly arranged pattern. In between each of these balls were found even smaller holes or interstices, through which light is diffracted, that is, when white light or ordinary sunlight shines through the holes, it is split into colours. In opal where the balls were small, the colours produced were the darker colours of the rainbow—violet, indigo and blue. When the balls were large, yellow, orange and red colours were produced. Precious opal is found when the balls are in a regularly arranged pattern. In potch or common opal there is no set pattern. It seems that in different location opal was formed by many different influences to produce opal with a unique character from that field. Im still under the opinion it’s a mystery or magic by nature so lets enjoy its beauty.

How Opal Is Formed - Opinions From A Volcanologist

Author Marco Campos Venuti has just written a new book titled “Genesis and classification of agates and jaspers”. The author is a PhD volcanologist and author of the Gemmologica Italiana. Thanks to Marco Campos for permission to publish. 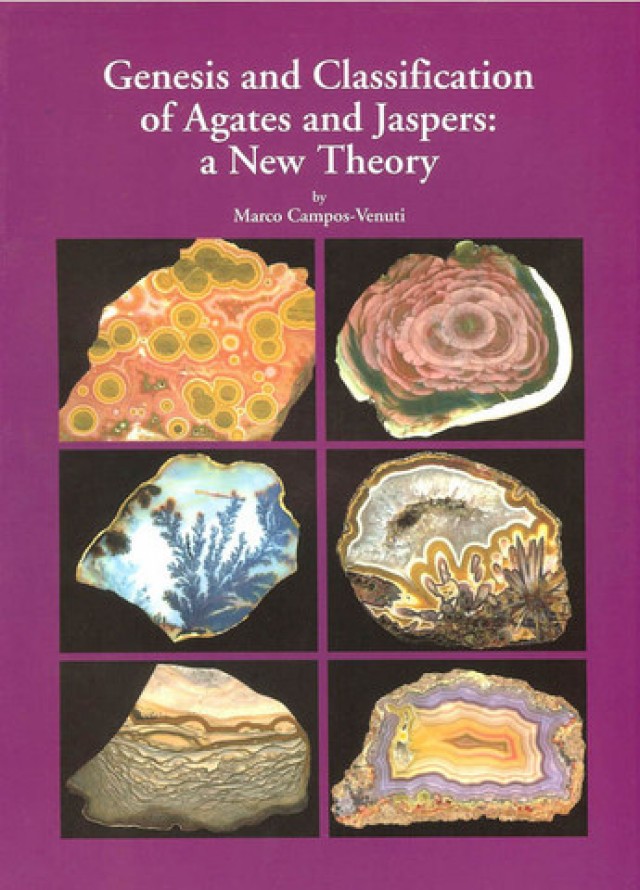 Opal is a hardened silica gel with the formula Si02.nH20, deposited from a concentrated solution. In the living organisms that product organic opal, such as diatoms, radiolarians, sponges and many vascular plants, silicic acid accumulates in special cellular compartments where specific proteins induce the precipitation of opal-A.

The inorganic opal instead, originates from a combination of factors. It is necessary a silica rich soil, which can be found in a volcanic area, or due to the presence of sands rich in quartz. It is generally a very basic pH (>9) that promotes the formation of brines at high concentration of silicic acid. Then we need a groundwater with strong seasonal swings of the water table which favours the concentration of silica. Then it is necessary a catalysing factor to precipitate silica. Catalysis can be started by an increase in temperature, by a shifting to an acid pH or by the presence of some molecules as iron oxide, aluminium oxide, magnesium oxide, sodium sulphate or simply sea salt.

When a precursor of the opal has been deposited in the form of a viscous solid, it can have porosity higher than 35%, partly occupied by water. If the sample dries, it would crumble and irrecoverably convert into a white powder. This is the major problem encountered in the production of synthetic opal. In the laboratory, it is necessary to fill this porosity with some resin that does not alter the optical properties of opal. Nature uses other silica gel, that in most cases lower the quality of the opal. The transformation of mineral opal into jasper can also be drived by diagenesis. 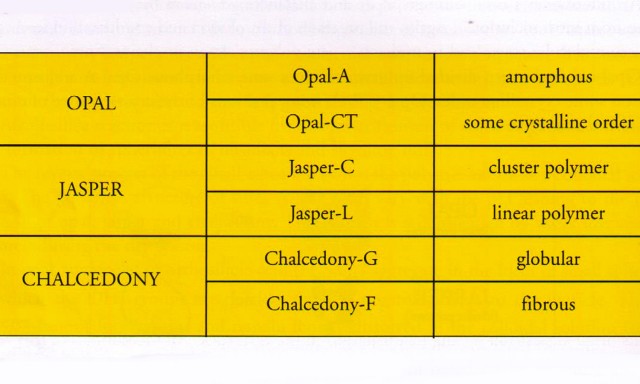 Diatoms are algae with distinctive, transparent cell walls made of silicon dioxide hydrated with a small amount of water (Si02 + H20).

They are amoeboid protozoa that produce intricate mineral skeletons

(H4SiO4), is an important nutrient in the ocean

Brine is a solution of salt in water. In different contexts, brine may refer to salt solutions 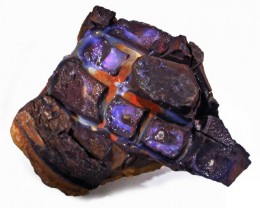 Wow how was this formed? Boulder opal Specimen AGR2028 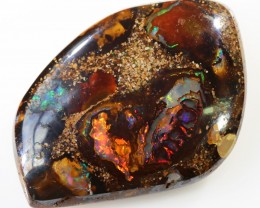