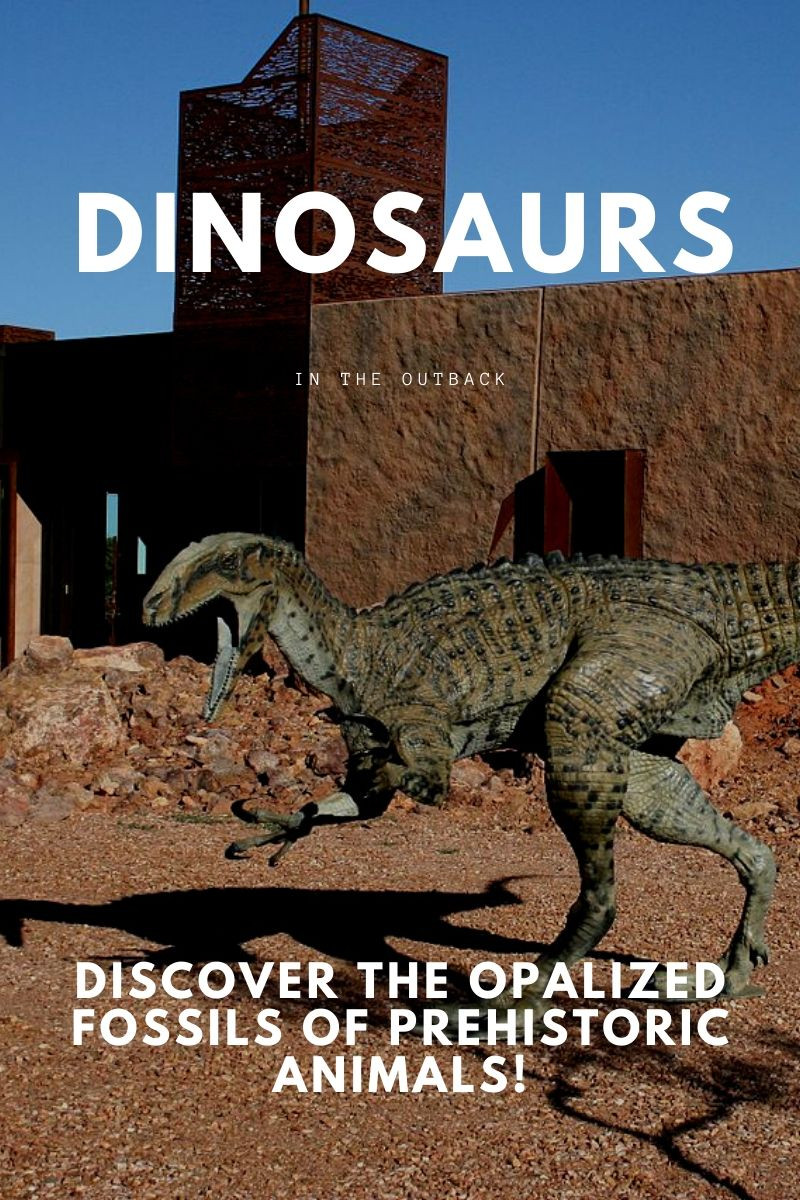 The Australian outback is an exciting place. Not only is it the leading source for opals, but every so often, ancient relics surface drenched in sparkling opal. In fact, if you thought Australian opal was the only treasure mined in the outback, think again. Let’s explore some of the magnificent Australian Outback animal fossils found in the opal fields.

What Is The Australian Outback?

There are four significant deserts in the Outback, and the primary activities here are farming, oil and opal mining. That was until the 1980s, when an opal miner stumbled on the world’s first opalized dinosaur skeleton ever discovered.

Can you even imagine what an opalized skeleton looks like? Other-worldy is the first description that comes to mind! These dinosaur bones are layered in dazzling opal, making them the most majestic bones in the world.

But dinosaurs aren’t the only opalized fossils found in the outback! Animals of the Outback

Animals of the Outback might sound like an action film, in large part because these opalized fossils are action-packed with history. Most opalized fossils come from Lightning Ridge, New South Wales — the mine that exclusively sources the world’s supply of Black Opal.

Specimens in neon shades of green, blue, teal, and orange ignite these jewels with a fiery glow reminiscent of space galaxies, known as Play Of Color.

As brilliant as these parcels are, dinosaur fossils may take the cake here. We’ve long regarded opal as one of the most mysterious gems in the world, and now, they’re steeped in Jurassic history.

Over 100 million years ago, dinosaurs roamed the earth during the Early Cretaceous period. And now, their fossils are surfacing covered in opal.

Remnants of bones, shells, and teeth from these ancient animals have over the course of millions of years transformed into opal fossils. And guess what? The Australian Outback is the only place in the world to behold this natural magic trick.

Except, it’s no trick. These are real-life fossilized opals! You might wonder, how is this even possible? Let’s brush the dust of these fossils to learn about their history.

How Do Opalized Fossils Form?

Paleontologists have uncovered dinosaur fossils from all parts of the world — from China to North America. However, the fascinating feature of these opalized fossils is the land from which they came.

Long before humans mined for opals in the Australian Outback, dinosaurs roamed the supercontinent that conjoined Africa, Antarctica, India, and South America.

Millions of years ago, the climate here was mild, a stark contrast to the arid, dusty terrain it is now. The landscape was flooded with lush vegetation that grew from the myriad of waterways, rivers, and floodplains that lined the supercontinent.

During the Cretaceous period, there was a shallow sea that blanketed a third of the continent. Thriving in this seabed were a spectrum of prehistoric marine life including fish, reptiles, and invertebrates.

Over the course of the next million years, sediments from animals and plant-life were lost; buried underneath compounding layers of sand.

As the supercontinent spread apart, silica crystals fell into the cracks and crevices of the earth, coating these fossils and encrusting them in glistening opal.

The result? Prehistoric relics of opalized fossils from fish, birds, mammals, and, of course, dinosaurs!

Let’s explore some of the exciting discoveries of Australian Outback animal fossils found in the opal fields.

Today, we’d compare these fossilized opals to a modern day squid body. However, they’re actually shell-like substances that supported marine animals. They kind of look like candlesticks from the 1970s, coated in sparkling flashes of neon hues. Groovy!

The discovery of the complete opalized dinosaur skeleton produced opalized skulls in the shape of horse heads.

Every year, miners extract massive amounts of opalized plant fossils in Lightning Ridge. These ancient relics are prehistoric vegetation that fed the animals and dinosaurs of the time. Fossils include stems, seeds, and pine cones, each glittering in opal.

Two species of molluscs and snails are commonly discovered in the Outback: Gastropods and Bivalves. These once freshwater animals lived along paleochannels and sandstone.

A variety of marine species have been discovered as opalized fossils in the Outback, including:

Today, we call them either marine reptiles or amphibians. However, millions of years ago they were called Plesiosaurs! These swimming reptiles were like seals, splashing from land to fresh water and into the oceans and streams. Most often, miners stumble on opalized teeth, while the bones are exceedingly rare to find.

Present day avian birds would be known as Pterosaurs during the Early Cretaceous period. However, instead of having feathers, they were flying reptiles! Altogether extinct, the only remnants of these mystical creatures are the fossils they left behind, now drenched in opal.

And that leads us back to dinosaurs! Perhaps the most fascinating discoveries of animals in the Australian outback are the opalized fossils of dinosaurs. Among the most interesting are bones from species like sauropods, ornithopods, ankylosaurus, and theropods. The Australian Opal Centre is home to a magnificent array of opalized fossils, including back bones, teeth, claws, ribs, shoulder bones, toe bones, and limb bones.

The Australian Outback is a world-renowned Black opal supplier, but there’s more lying beneath the surface than gemstones! Opalized fossils are truly miraculous testaments to the awe-inspiring intrigue and mystery of mother nature. Next time you visit Australia, be sure to marvel at the Outback’s colorful treasures!

Winton is 15 hours drive from Brisbane and is home of the famous Australian Age Of Dinosaurs Museum and the Dinosaur Trail which includes the Dinosaur Stampede. Tours are held daily which start at the Museum showing bones and relics and includes viewing the fossil preparation room. A mobile shuttle bus takes you to points of interest and the amazing footprints left after the stampede. In 2021 an observation post to view the universe will be open to the public with powerful telescopes. The night light is pitch black and ideal to view the stars.
Queensland Museum also hold weekly dinosaur digs and you can be part of the excitement of digging for dinosaur bones that have been hidden for 95 million years. You can also have a go at plastering the specimen you have dug out and get it ready for the trip to the Museum’s Fossil Preparation Laboratory. It cost is $3700 for a week including accommodation and food is provided. Funds from these dinosaur digs help research into dinosaurs, and you need to book a year ahead as numbers are limited. 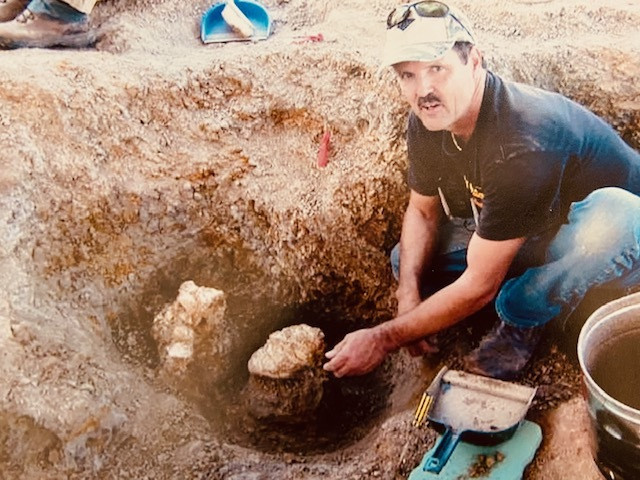 Paul Sedawie from Seda opals on a dinosaur dig in 2015. If you visit Winton, you can drive to the opal fields and some areas are set aside for fossicking also.

Approval has been granted in 2020 to build a 2 story Australian Opal centre at Lightning Ridge. This museum will display rare fossilized opals from Dinosaurs to seashells and mussels. Dinosaur bones are rare but to see opalized colors is amazing to view. Lightning Ride was once the bottom of an ancient inland sea, so opal miners occasionally find Dinosaur bones and teeth, vegetation and marine life from Lungfish to turtle bones and birds. A herd of dinosaur found in the 1980s, including new species named Fostoria dhimbangunmal is the most complete opalized dinosaur skeleton in the world. 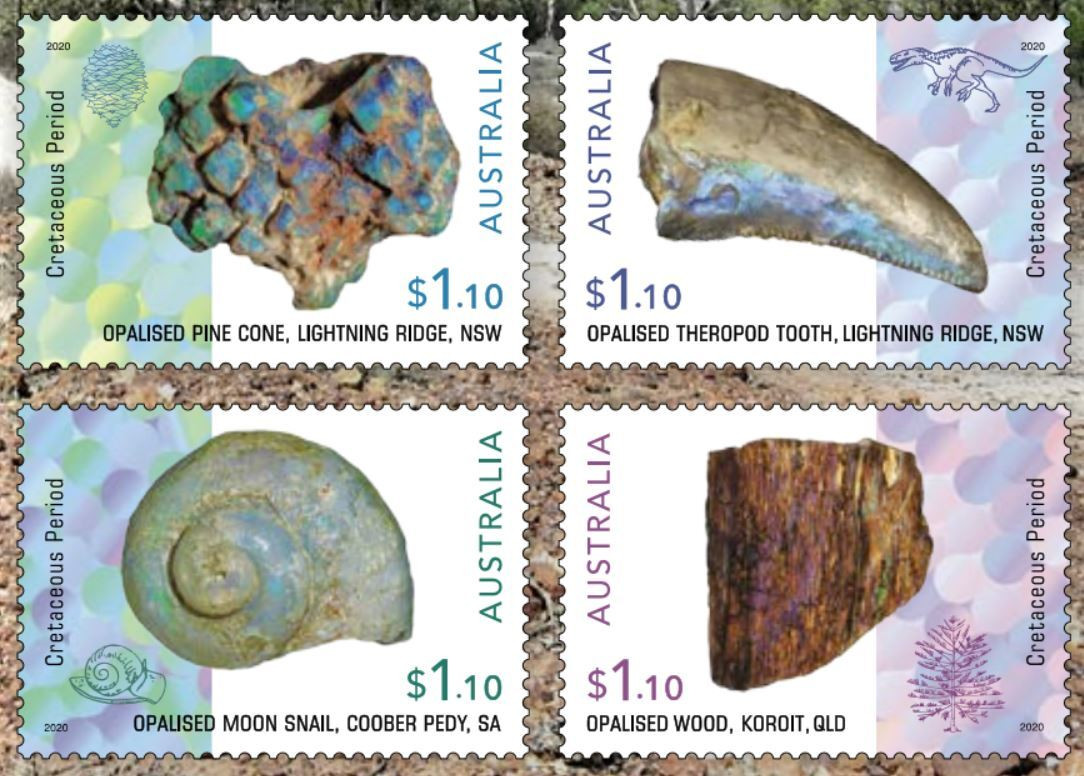 Latest Australian stamps show fossils from the Cretaceous period and one displays Opalized a Theropod tooth from Lightning Ridge. 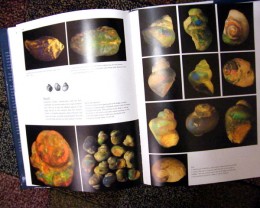 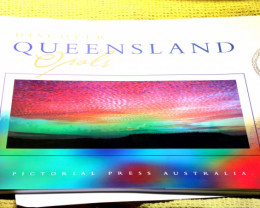 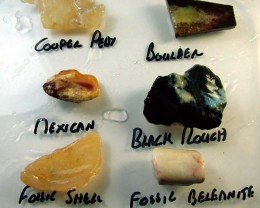 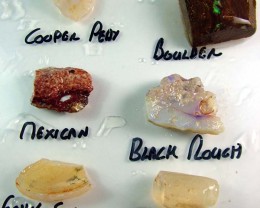