Ethiopian Opal Vs. Australian Opal - Which is Right For You? 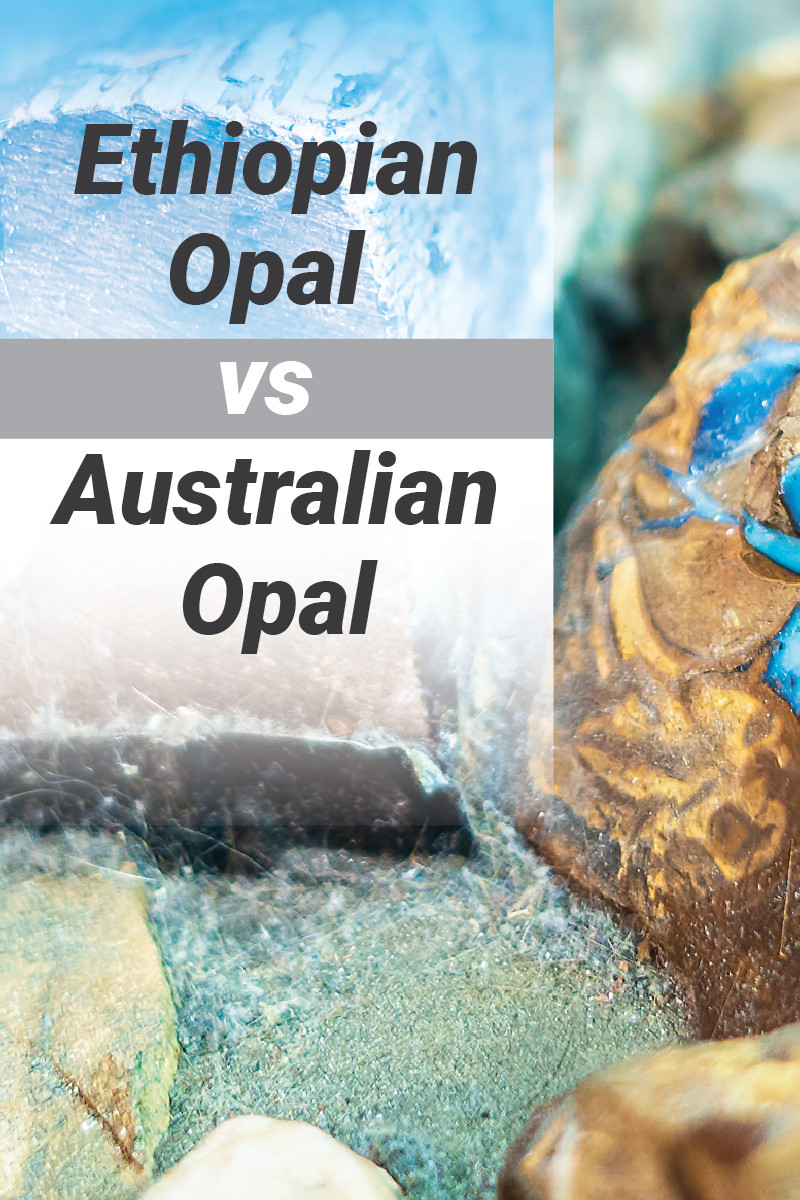 One of the most treasured gemstones of all time is the shining, rainbow-colored opal. Opals have unique properties that set them apart from any other gemstone. What’s more, you could spend a lifetime trying to find two exact opals, but the effort would be futile as quite simply: they don’t exist. Every opal gem shines in its own glorious individuality, which adds to its value. And that’s not the only way gemologists value opals; play-of-color, body tone, shape, and origin influence the price.

Opals come from around the globe, but in this article, we’re examining Ethiopian opal vs. Australian opal. The information we cover will help you make an informed decision as a buyer, because, let’s face it: there’s a lot to consider when buying from the exciting world of gemstones.

In order to compare these two gemstone origins, we need to look at the role opals have played in civilization--from antiquity to the present day.

The name “opal” means the same thing in Greek and Latin: “to perceive a color change”. Makes sense, right? With a spectacular play of color, every color in the spectrum dances across the gem. What gemstone can you think of that changes colors so brilliantly? It’s gotta be opal! So, where does opal come from and does origin influence the quality of a gem?

Until the mid-1990s, opal was almost exclusively sourced from Australia, but it wasn’t always so. Centuries earlier, cave excavations in Kenya revealed opal relics traced from a neighboring northern country: Ethiopia.

It’s amazing to think that the earliest traces of opal came from Ethiopia, yet this origin remained dormant as an opal supplier for centuries. Over time, Hungary and Australia became the leading sources of opal and Ethiopia fell into the shadow of history. Following in its footsteps, Hungarian opal ceased production and trade with the close of the 18th century.

Who was left? Australia. And so, for 100 years, Australian opal dominated the market. Meanwhile, Ethiopia remained an untapped well. If the oldest relics of opal came from Ethiopia, shouldn’t it stand to reason that there’s more opal to be discovered in the country? Miners wondered the same thing, and for good reason!

Three major opal discoveries in Ethiopia happened in 1994, 2008 and 2013. Collectively, these deposits have redesigned the opal marketplace. Before this, people could pretty much only buy opal from Australia. Now? You have the luxury as a buyer to choose which one you like best.

Which leads us back to the task at hand: comparing Ethiopian opal vs. Australian opal.

Let’s have a look at the unique features of each of these magnificent gems.

There are several qualities of Ethiopian opal that differ from Australian opal, including: 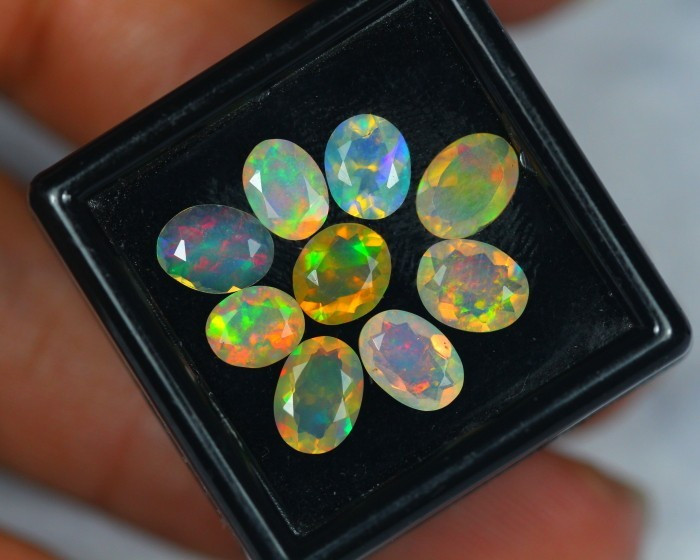 Many Ethiopian black opals have body treatment to alter or enhance the body tone. These treatments can bring out the deep hues of pink or purple in the stone. It’s important to know that if these enhancements have been added and that the gemstone is not naturally this color. In their natural state, the most valued opals from Ethiopia exhibit bright flashes of color that are truly a spectacle to see. Now, let’s explore some of the unique features of Australian opal.

There’s a good reason why Australian opals are some of the most extraordinary gemstones in the world. Something as beautiful as this gemstone couldn’t simply sprout up overnight. It took millions of years for these gemstones to form in rock formations.

In their embryonic stage, dinosaurs roamed the earth. Can you imagine wearing a jewel that grew while pterodactyl’s explored the open skies? Well, that’s exactly what Australian opals are, so let’s look at the unique features of this majestic gem: 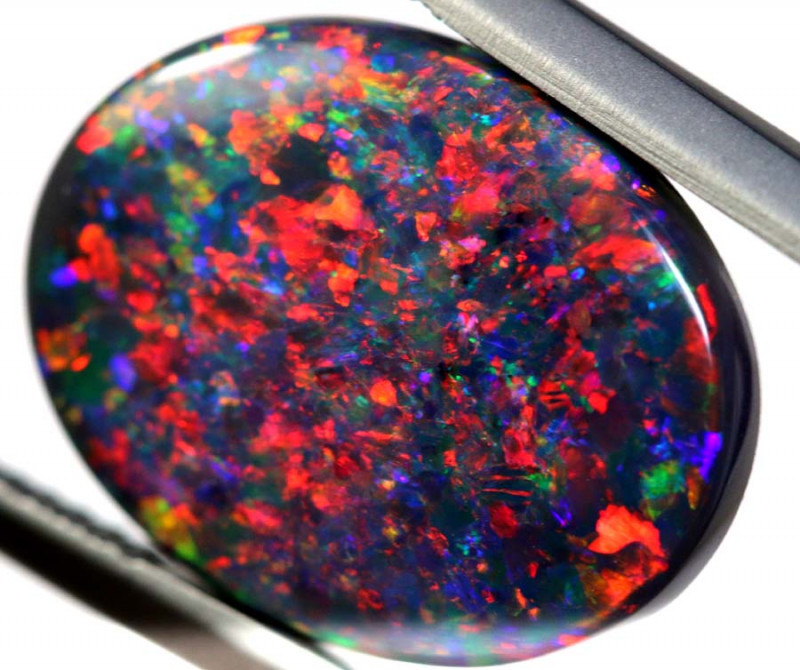 Ethiopian Vs. Australian Opal: There’s an opal for everyone!

If there’s one thing you take away from this guide, we hope it’s this: despite their differences, both options are wonderful gemstones. With that fact in mind, it’s a matter of preference. To summarize, the main differences between Ethiopian vs. Australian opal are as follows:

Despite these differences, you may be drawn to one opal from Ethiopia and another from Australia, and that’s perfectly fine! After all, the real intrigue of buying opal gemstones is that no two stones are alike, and you deserve a one-of-a-kind gem! 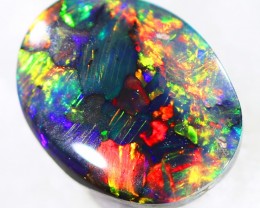 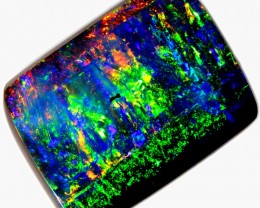 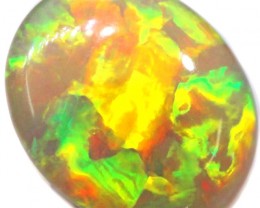 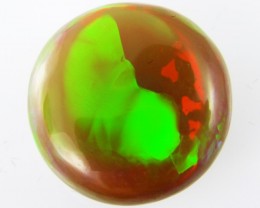 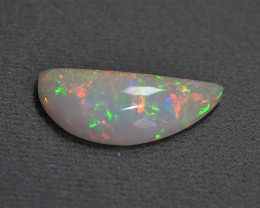 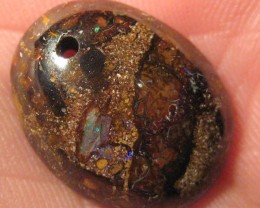 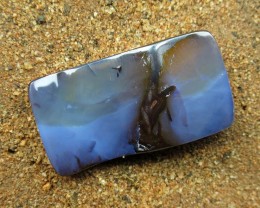 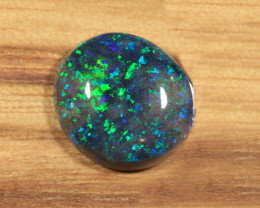 Information about Opal and its colorful history
96 articles

All there is to know about Opals including Black Opals, Ethiopian Opals &amp; Boulder Opal
13 articles