Opal mining in Queensland Australia is expensive and done by Bulldozers and Excavators.

While opal mines in Lightning ridge ,Cooper Pedy and Koroit are mostly tunnel and bucket affairs

To mine in Queensland is lot more capital intensive with large Bulldozers and mining equipment and many camps resemble small outposts of huts n equipment. 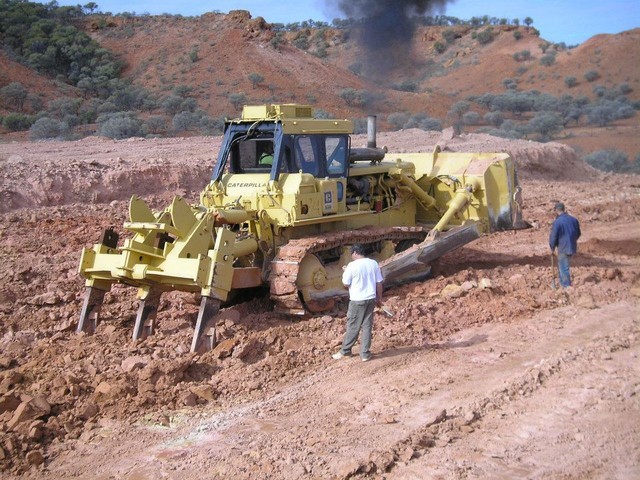 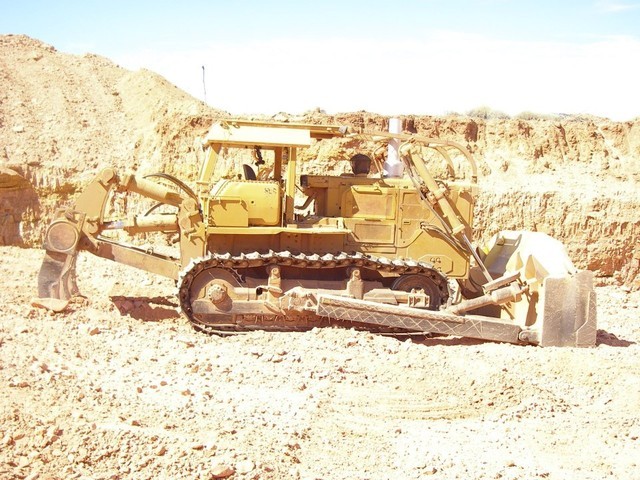 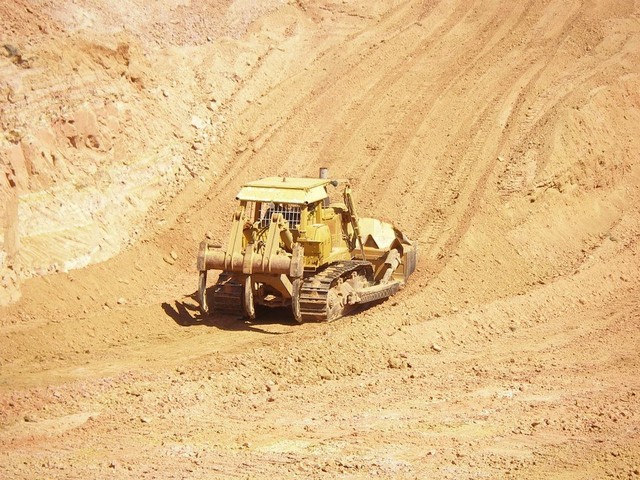 Opal miner applies for lease for exploration of a set area

Pick out an area that lookslike opal dirt that will hopefullybe opal bearing.

The opal miner will dig trenches with backhoe

they will make several cuts than go down and speck the wall for signs of opal colour.

Once an area has been picked up as potential opal bearing dirt, the miner will bring in an excavator for a deep hole or bulldozer in area not deep.

than using his ripper he will open up the virgin dirt and spotters walking behind will spot opal colour in the ironstone.

It is now very costly to operate a opal mine ion Queensland opal fields as petrol is extremely expensive and some mines will go thru $2000 day just with bulldozer and excavator.

Everyone is searching for the mother load of beautiful gem opals.

Many opal mines in Queensland opal fields have massive amount of top earth to clear way before they reach opal bearing deposits.

Many mountain tops have been levelled in search of this beautiful boulder opal.

Today the Mines Department controls the leases for opal exploration

opal site has to be left back to its original condition which involves replacing tonnes top earth and re vegetation.

If you have the opal bug do go opal mining ! 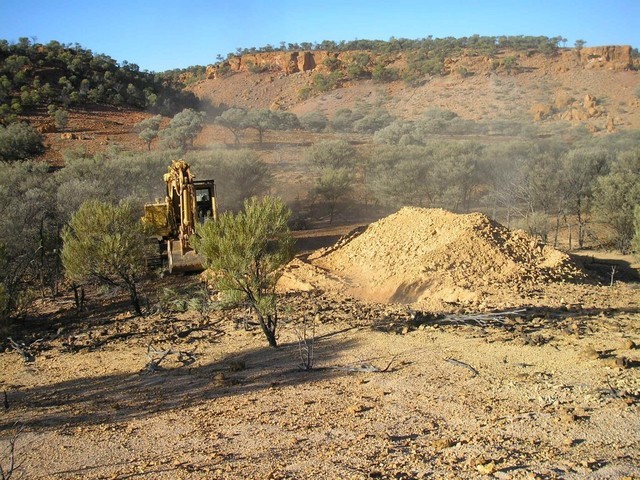 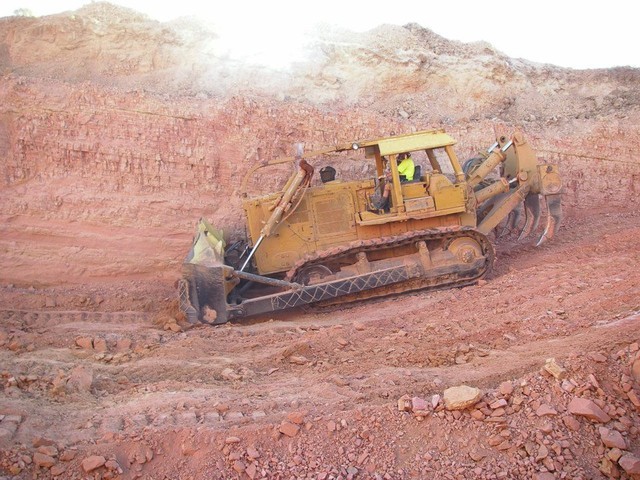 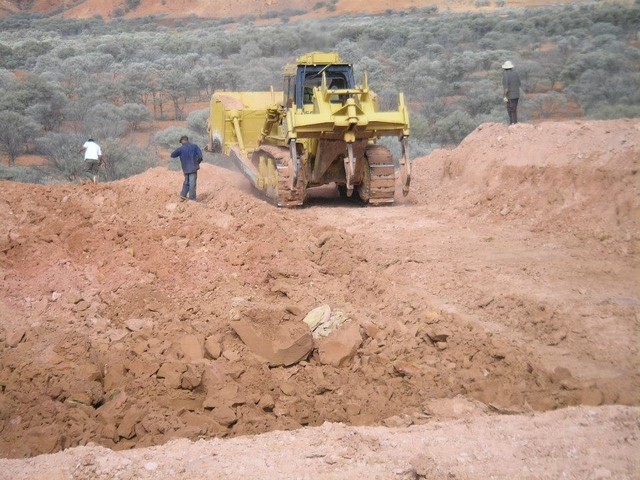 Opal mining leases for sale- Boulder opal leases are hard to find advertised as most miners know each other and if there is a good claim the miners and owner will do joint venture agreement to split proceeds for the mine.

Professional miners set time period or budget to spend working a site on the opal fields.

In many cases a team will quit the camp and move on and the next crew will find volume quality rough in first week you can imagine how depressing that is for the past team who could have worked for months with no opals and no income.

but there are no facts for opal mining methods. Some old timers can read the opal bearing areas by the type of trees that grow or can follow seams that lead to opal bearing seams or faults, everyone has set theory and set work method.

We have seen claims next door to each other

One worked by alcoholic 2-4 hours a days and claim next door is worked by team hard workers but the hard workers never strike any good opal but the lazy guy finds heaps ..and this claim was only 20 meters apart. This makes it very hard on the mind and sanity of opal miners, to be so close to good opal but you cant find any typical saying, maybe tomorrow so miners get up and start all over again 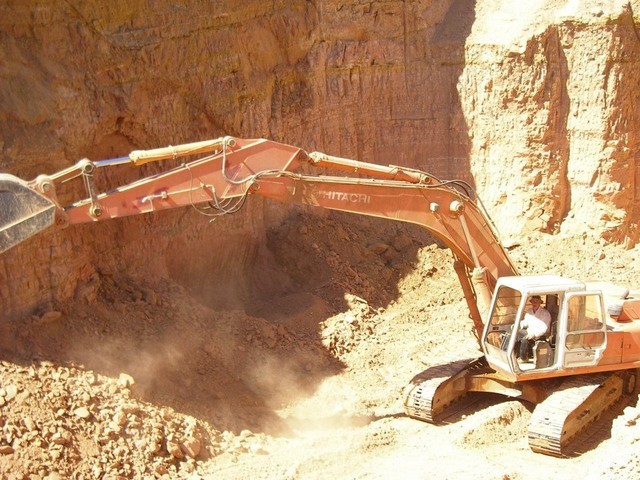 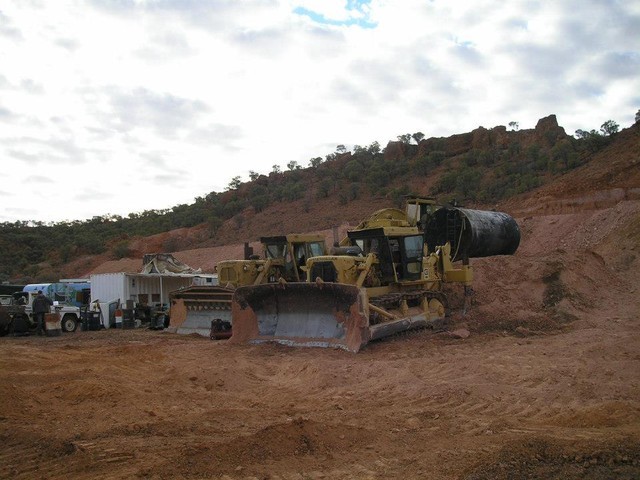 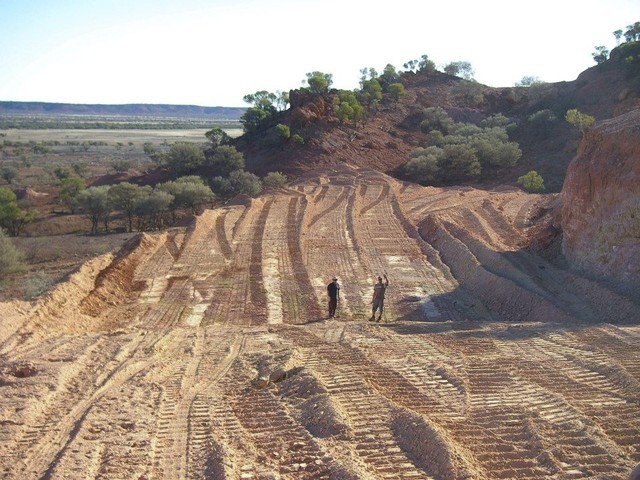 Some opal miners will leave old equipment on site a s transpiration costs are extremely expensive in the outback, costing up to 10 times normal transport cost.

Old mining equipment including excavators or old bulldozers are stored under cover in some opal camps. 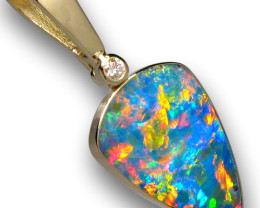 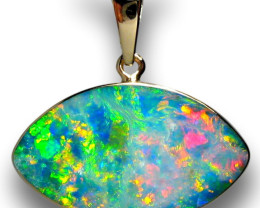