What Is A Cabochon And Why Are Opals Cut Like This? 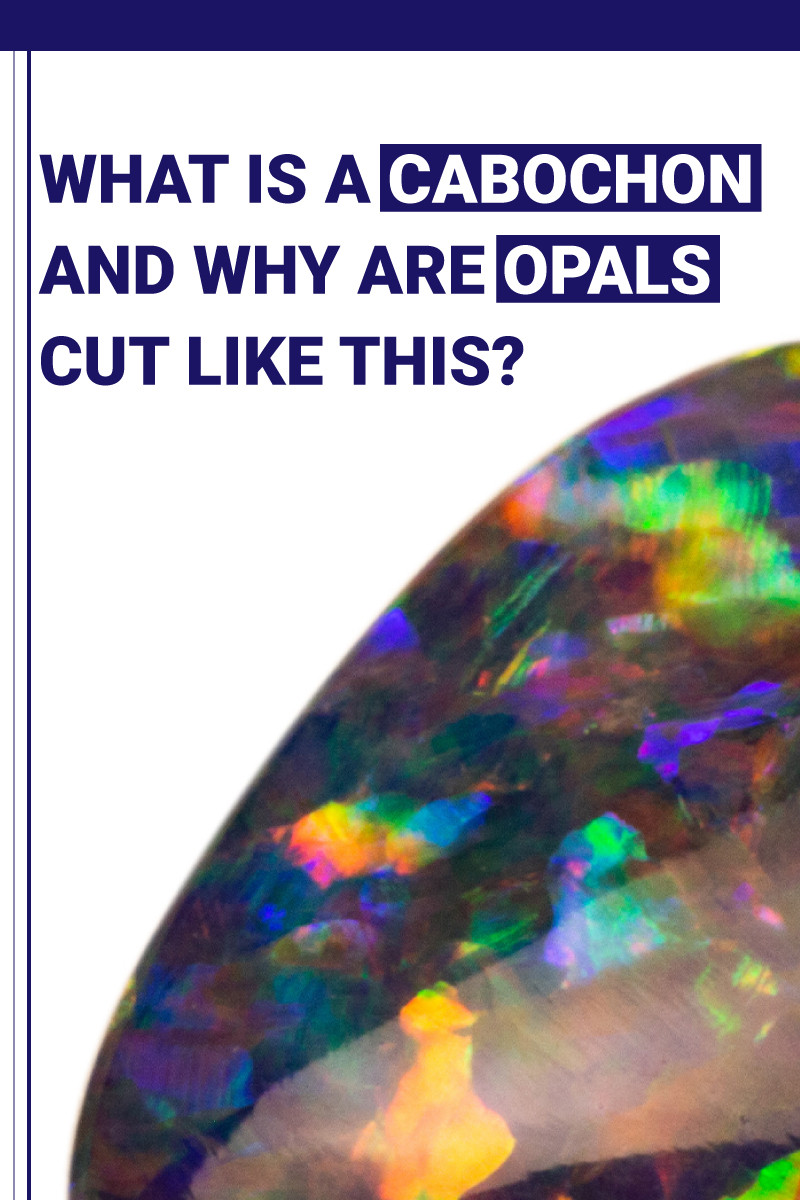 When you look at a gemstone, you might not immediately know that the cut significantly shapes its sparkle, luster, and brilliance. For example, a round brilliant cut diamond yields the most sparkle possible thanks to strategically placed cuts. However, there is a class of gemstones that aren’t cut but polished. That’s because some gems aren’t translucent, but opaque. The technique is called cabochon, and it’s seen on smooth gems like opal, garnet, jade, jasper, and even some emeralds. So, what is cabochon, and why are opals cut like this?

Not only does polishing and smoothing opals showcase their spectacular rainbow of colors, but it protects the gem from chipping or breaking. And that’s not the only benefit of cabochon cutting.

Keep reading to learn all about the history, meaning, and advantages of cabochon opals!

What Is A Cabochon Gem?

Most gemstones are faceted to let the most amount of light pass through the stone. However, the benefit of faceting best suits translucent gems like diamonds or sapphires. What about opaque gemstones that have a visible body tone, like opals?

A cabochon gem is a stone that’s shaped with polishing instead of faceting. Mostly, these gems are round or oval, and have convex faces and a dome-shaped base. The fantastic feature of a cabochon is that it’s shaped without actually cutting facets into the gemstone.

We’ll get to that, but first, let’s talk a little more about the meaning of opal cabochon.

Most opals are cut in an oval cabochon, but what is the meaning of cabochon? If you have an affinity for language, you might guess that the word cabochon has French origins, and you’d be correct! In French, the word caboche means a small dome or knob. Many experts in the jewelry and gemstone world refer to cabochon as a cab, a short-and-sweet nickname.

Of course, opal has its own meaning and origins, too, but the history is much older. Opal comes from upala, the Sanskrit word for precious stone. Some years later the Greeks adopted the name Opallios, which translates to seeing a change of color. Of course, this meaning depicts the natural phenomenon known as play of color, the effect of fiery flashes of color dancing across the surface of an opal cabochon.

Put the two together, and opal cabochon meaning is more or less, “to see a change of color on a small dome or knob.”

Perhaps that’s too direct a translation, but you get the idea: opal cabochons are small, oval gemstones that feature bright, changing colors. Any guesses as to why the cabochon cut best suits the opal?

If color is on your mind, you’re on the right track! 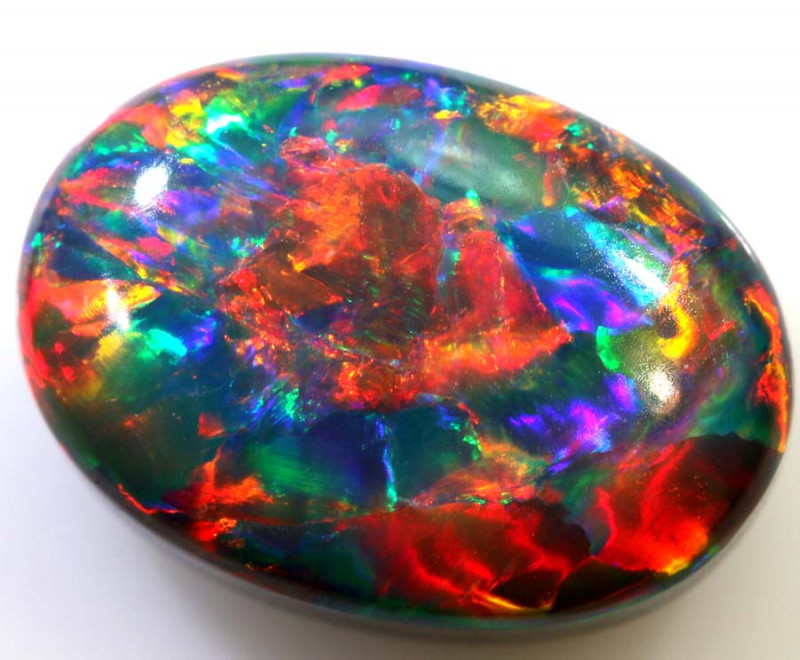 Why Are Opals Cut Cabochon?

For us to best explain why opals are cut cabochon, we have to take a brief walk through gem-cutting history.

Today, most gemstones are cut and faceted to illuminate the color, sparkle, and brilliance of translucent stones. However, for centuries, the only style of gemstone cutting was cabochon. That’s because gemstone faceting wasn’t developed until 14th century Europeans turned it into an art form thanks to the invention of the cutting-wheel.

What followed was intricately cut geometric shapes and facets to best let light pass through and exit the stone. The more light, the more sparkle.

During the commencement of the Renaissance, the artistic rebirth that swept through Europe, avant-garde artists pushed the envelope on classic trends and styles. At the centerfold? The prevalence of light.

Despite these discoveries and progressions of gem cutting, there still remained benefits to the traditional cabochon style. Namely, there are certain gems that best exhibit unique properties from polishing, rather than cutting.

Cabochon Is Having Its Own Renaissance

The resurgence in popularity is primarily because trends are favoring more natural, minimal stylings. For example, rose quartz cabochon rings and pendants have swept through the jewelry industry. Opal itself is enjoying a well-deserved moment in the spotlight. As an ethically sourced gemstone, opals are moonlighting on the red carpet as the choice accessory among celebrities and style icons.

Plus, there are quite a few advantages of cabochon gemstones! 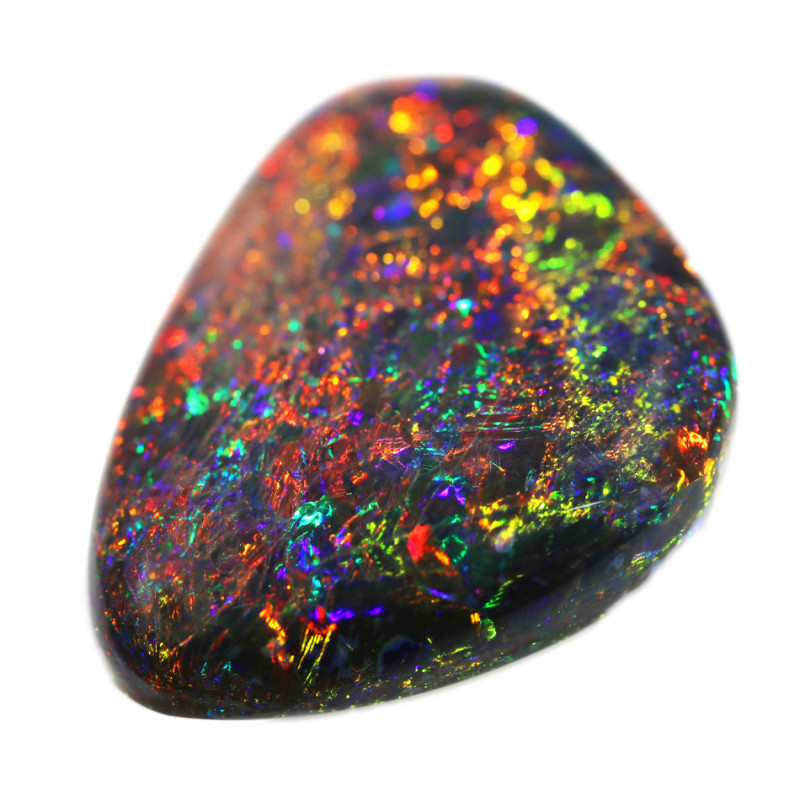 Benefits of the Cabochon Style

Where To Find Genuine Opal Cabochons

And that’s a complete overview of cabochon gems! After learning all about the cabochon style and why it's best suited to opals, are you ready to buy one for yourself? Then you’ve come to the right place! Here at Opal Auctions, you’ll find a wide collection of Ethiopian, Mexican, and Australian Cabochon opal. 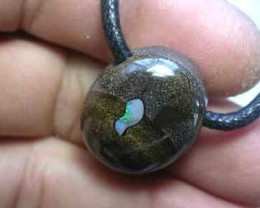 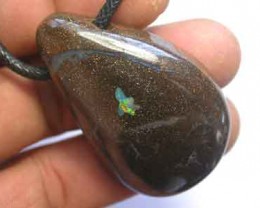 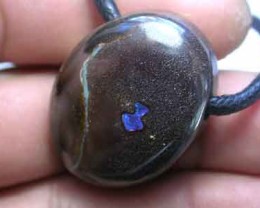 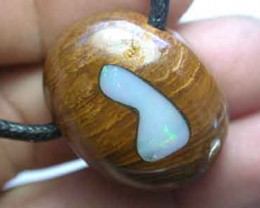