Opal Collections of the World

Opals have been collected for centuries and as a result they have appeared in many beautiful collections. From Europe, to Asia we will explore some of the most amazing collections of Opal the world has to offer. 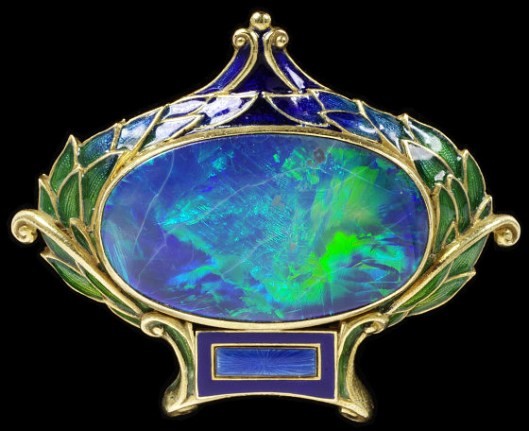 Opals have been a part of many royal collections one of the most famous being the Crown of the Holy Roman Empire also referred to as “The Crown of Charlemagne”. It was the ancient coronation crown of the Kings of the Franks and later the Kings of France. It was set with a variety of precious stones including the “Orphanus Opal”.

The opal was known as the stone of wisdom and it was considered to reflect the authority of a representative of God. It was semi-transparent white opal with a concentrated red flash however during 1350, under the sovereignty of Charles IV the Orphanus stone vanished from the front panel.

Sir Francis Drake the British sea hero 1543-1596 was also a fan of opal with his hat jewel known as the Sun Jewel. At the center of the hat is a large ruby engraved with an intaglio sphere, enclosed by Opals and diamond. In total the jewel contains 20 opals. The reverse side of the jewel contains a small portrait of Elizabeth I of England. 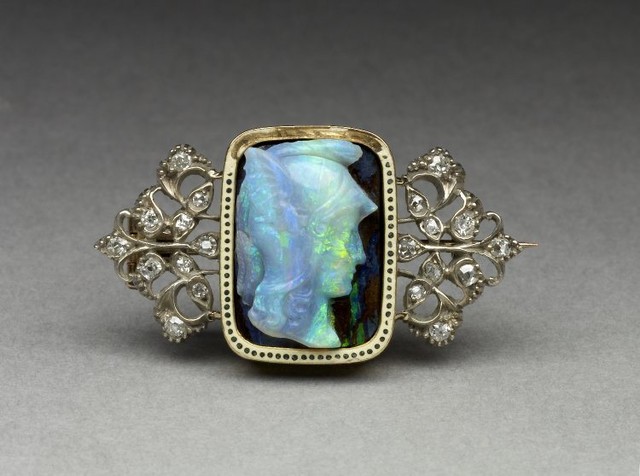 Opal cameo of helmeted warrior attributed to Wilhelm Schmidt. In a diamond set enameled setting, Marked C&AG for C & A Giuliano,  circa 1895. English. Ref Collection of the British Museum. 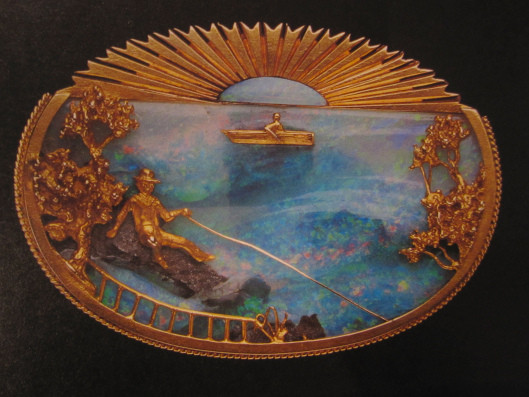 Boulder opal features as a body of water, with fishermen – one on a boat, the other on rocks, trees on either side, and fence in the foreground, rays of the sun feature atop – all in gold. Circa 1900 by Priora Bros, Sydney Ref Britsh museum

The French Emperor Napoleon was a fan of opal giving his wife Empress Josephine a gift of opal known as the ‘Burning of Troy’ for its brilliant red colour. It apparently weighted 700 carats. After Empress Josephine’s death the opal was purchased by the city of Vienna in Austria however the opal has since vanished and has not been seen in public after World War Two.

The Crown of Norway contains opal. Produced in 1818 the crown was generously set with gemstones; the primary being green tourmaline, several amethysts, pearls, which are surrounded by Ruby, Emerald, Alexandrite, Topaz, and an Opal.

Heading to more modern times the famous French jewelry houses of Cartier, Van Cleef & Arpels, Dior, Mauboussin and Marchak have all used opals in their designs. Cartier was famous for producing a strand of pearls that was worn by Queen Marie Antoinette of France who owned a famous red opal known as ‘forest fire’. 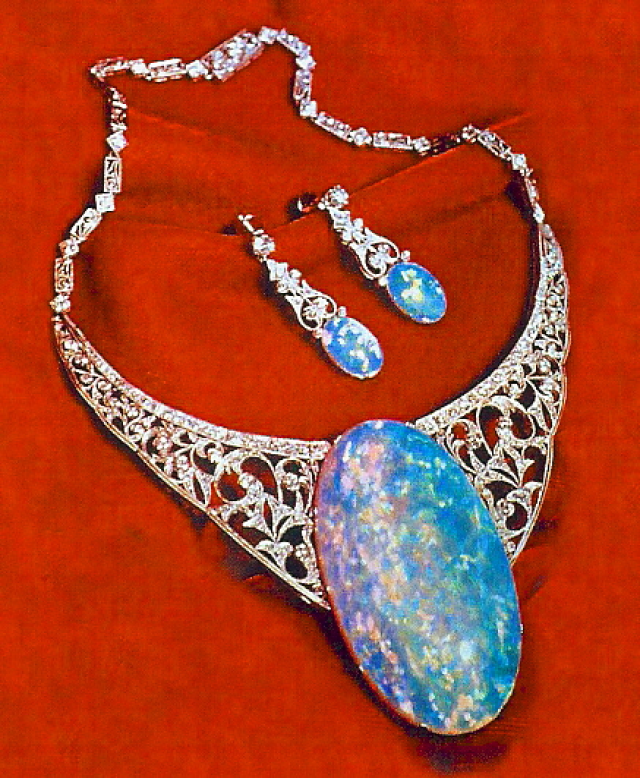 Queen Elizabeth II received a gift of jewellery from the South Australian government during her post coronation tour in 1953. The local government presented her with the finest opal ever discovered in the area a 203 carat beauty known as the Andamooka Opal named after the opal field. It is now known as the Queen’s opal. 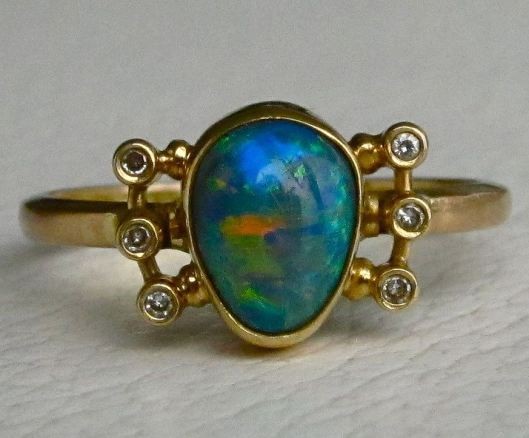 Unknown to most the Imperial crown jewels of Iran contain some of the most elaborate designs and jewels. Collected by the monarchy during its 2,500 year existence it is one of the largest and most expensive collections. It is housed within Iran’s central bank. Opals originating from Hungary can be found in the collection.

When Black Opal was found during 1903 no one thought the opal was real, the colours they produced were too brilliant with a brightness many had never been seen before. As more black opal was found its reputation as the best opal grew it eventually displaced the Hungarian crystal opal as the most beautiful.

The famousJ.D. Rockefeller was one of the first buyers in America paying £75,000 for a 900 carat opal known as the ‘Fire Queen.’ 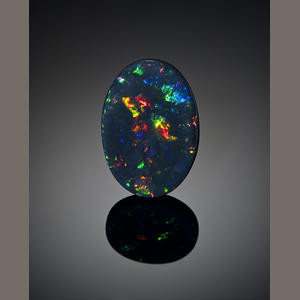 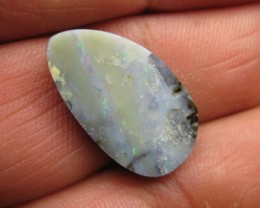 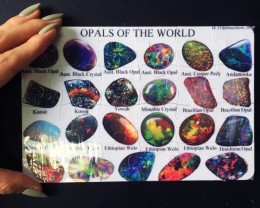 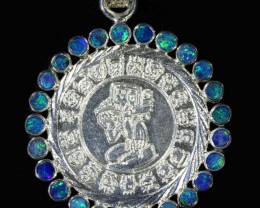 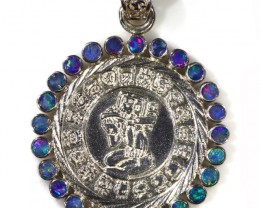