How is Opal Mined

Black Opal mining is not an easy game and it isn’t easy to to find. It takes hard work and sometimes many many years to ‘strike it rich’. As the industry progressed and developed so did the Opal mining machinery. Even within Australia the need and design of different types of machinery developed specifically for the area and terrain that the Opal miners were mining in.

When prospecting leases became available the miners would sub contract a driller who would come and test drill the area to try find Opal bearing dirt. These claims were normally 50 x 50 meters and opal miners were allowed to have two claims in their name. Once an area was found the rig would place a one meter hole down (shaft) to 20-30 meters as the entrance to the Opal mine.

Dig out the Opal

From here the miner would dig a tunnel called a ‘drive’ which would be at right angles to the shaft. This would allow the miner to search for the Opal. Tools such as a jack hammer or digger would be used to remove the ‘Opal dirt’ so it could be taken to the surface and sorted. A hoist or blower is used to do this and the Opal dirt is loaded into a truck on the surface. The dry blower saved having to hoist the opal bearing dirt to surface and some could actually blow the dirt up to 30 meters.

The trucks are then unloaded into a machine called a dry agitator. Here the Opal bearing dirt is tumbled and washed for several hours. At the end of the process the remaining ‘tailings’ are sorted through in hope of finding the allusive Opal. In the early days the agitators were dry but when mining became more sophisticated the miners association operated dams and these ponds would be feed by artesian water and this also increased Opal production.

So many of today’s Opal mining methods were introduced in the early years and are still in use today.

Specifically in Lightning Ridge the majority of mines are underground and there is only one large open cut mine which is no longer in use. Opal mining at Lightning Ridge is still the domain of the individual miner, or miners working in small partnerships rather than large companies.

Below are some historic images of the Lighting Ridge Opal Fields in late 1970’s. The pictures show everyday life in the Opal fields in Summer with their mining equipment. Many Opal miners built their own mining equipment as they could not be purchased in those days.

Engineering firms opened across the Australia Opal fields in the early mining days making rigs, opal blowers and also undertaking repairs as it would take weeks to get some spare parts sent from other towns or overseas. Even today engineering firms make many spare parts as they have tooling equipment and it’s cheaper and quicker to make their own opal mining equipment locally.

How Opal Miners Search For Opal

Opal miners face a lot of difficulties in mining for opals and so the search for opals is a difficult lifestyle. Living in arid desert outback camps where most camp sites do not even have electricity or internet. The environment is harsh and so only the tough can survive. Even at Lightning Ridge, home of the black opal they are fortunate to have a water table close to surface so it is easy to obtain water. But this water is boiling hot. Around 40 degrees Celsius (104 degrees Fahrenheit) so when one goes to have a shower the water is boiling. It also has a lot of minerals in the water so it has an unpleasant odour. So many bush camps don’t have showers or they have Hessian showers which is basically a bag hung from a tree and water is cool.

There are several ways to mine for opals:

Drilling In Search Of Opals 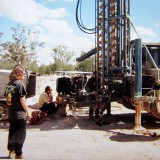 This Image is of Peter from Anembo Opal with a drilling rig at Lightning Ridge. Opal miners can purchase a lease to drill on land for 28 days. This involves using a drilling rig like the one pictured above with a 6 or 8 inch drill to test drill an area to see if their are any traces of opal. Once a miner finds a good area he uses this drill to place a meter wide hole down to the opal bearing dirt level to begin mining. Today an application costs $1700 to the mines department to test drill an area. Labour and other costs total about $6000 for 28 days. So if a miner finds nothing its an expensive operation but that is the game they love playing. 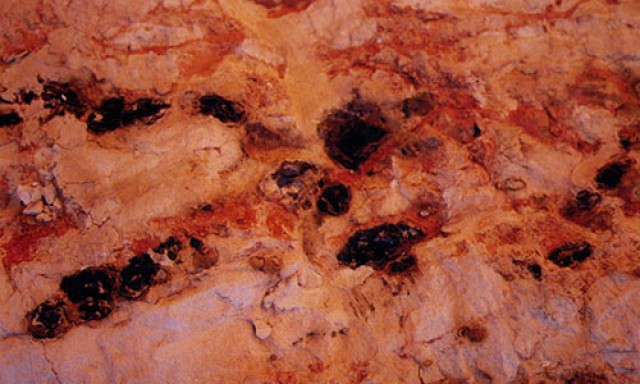 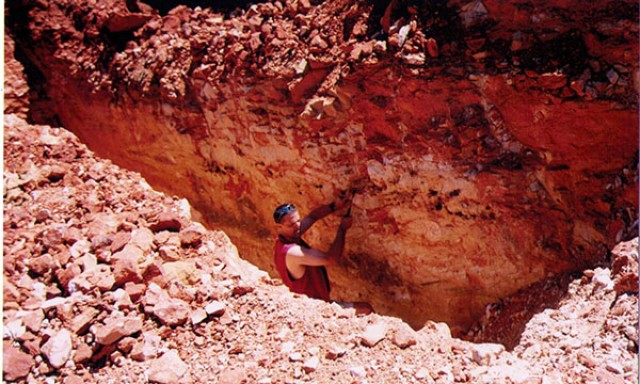 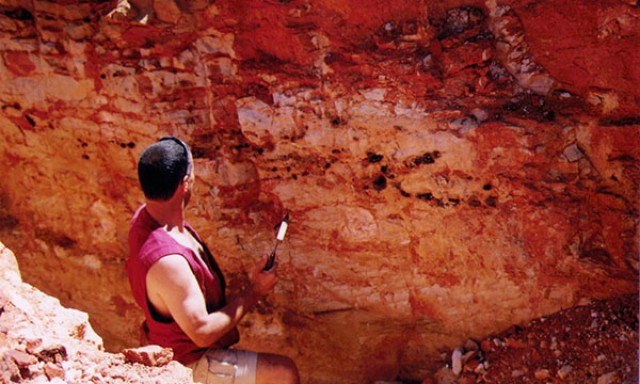 The pictures above shows a trench dug in the Koroit Opal fields of Queensland. The man in the picture is Wayne from Opal Plus. An excavator digs a trench 3-4 meter deep or until it finds bed rock. The trenches are usually about 15 meters long. Than you can hop into the trench and speck the sides for any opal bearing potch. In the pictures above you can see brown rocks to the right of the miners head and this is opal bearing dirt that can be picked out to see if it is worth digging or not. This trench only had one piece showing opal colour potential so the trench was filled in.

This is basically same as divining for water where a miner has a rod and they can feel or the rod moves in the presence of water. In this case some people will search in areas where certain scrub grows as an indication of opals underground. Many people have tried scientific instruments to find opal or slips in the earth but none have been commercially successful. Many miners today will work old mines to find opals left behind or do open cut mining where they join several claims together 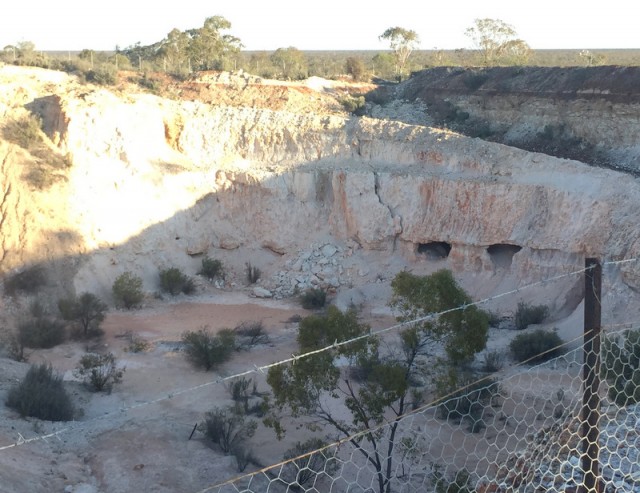 The above image is of an open cut opal mine. It shows the old shafts that the old timers mined. This form of opal mining is very expensive because all of the direct is removed but it means that hidden pockets of opal are never missed.Open cut mines needs a $100,000 bond plus digging cost, machinery and you have to back fill even if you find no opals.

Old timers say that the best method is to throw a hat in the air and where it lands start digging. Other people say to buy a productive claim that has produced some colour for approximately $5000 to $30,000. No one sells a gun claim but there have been some top stones found this way.

When an opal miner works claim he now has to fill the mine shaft in after they have finished mining. For open cut mind there is now $250,000 deposit before you can start mining in lightning ridge for black opals. 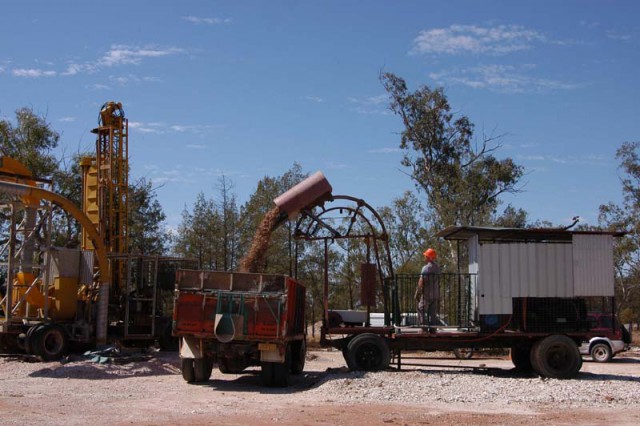 These open cut mines can be expensive to back fill and re vegetate again.

They would dig around 6 bucket loads wide around 20 meters wide and back fill a they proceeded to work their claim.

Even the guys working the west Australian opal fields for fire opal use tractor on trailer to test and work some areas.

Opal miners in Lighting ridge have not use this method due to most opal mines having opal at deep depths, but some miners are working mines in stage by stage and cutting into their leases on stepping stone style operation

Shop For Your Own Opal 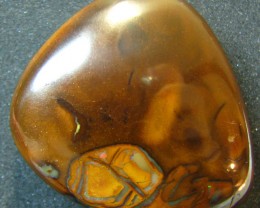 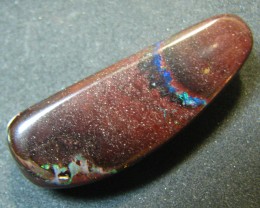 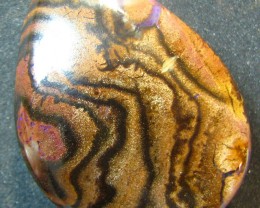 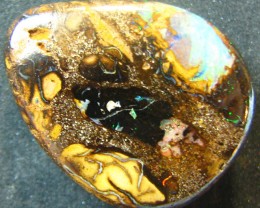