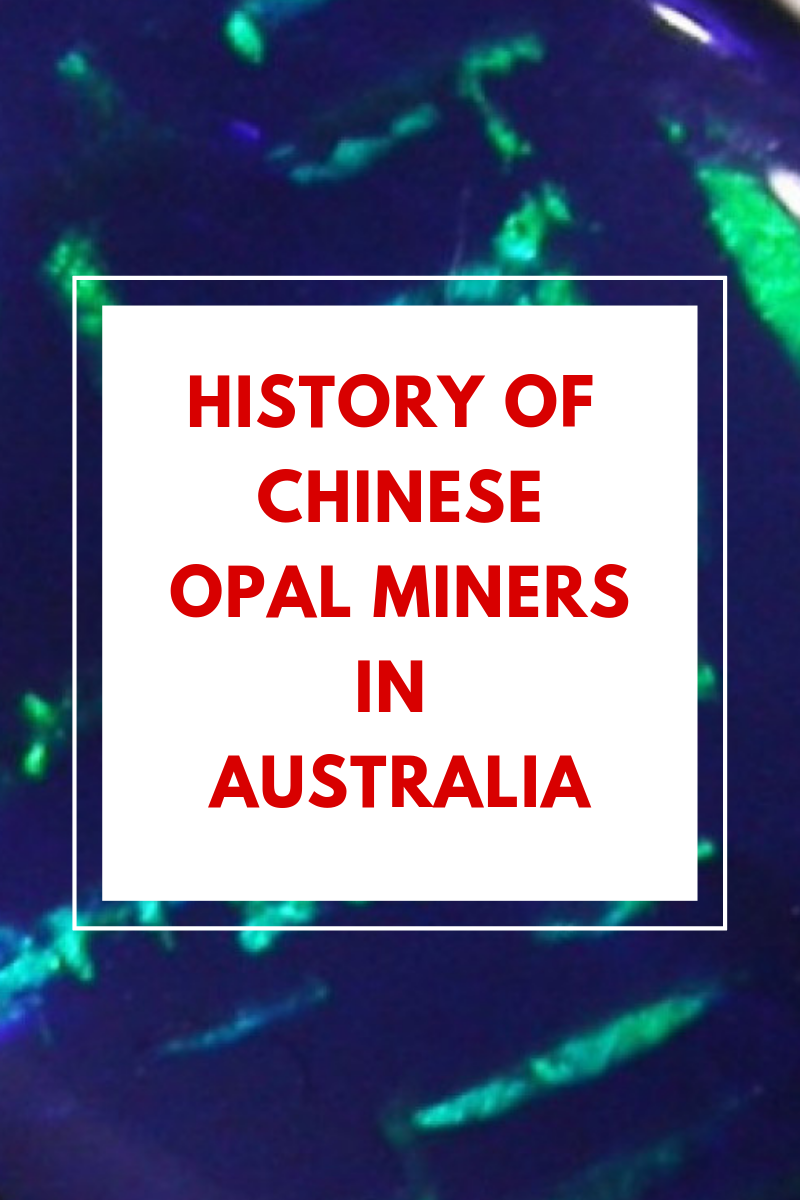 Chinese Opal miners have had a long relationship with mining in Australia. Since the start of the Gold Rush in 1853, the Chinese have come to Australia seeking their fortune. Chinese workers have proven themselves to be excellent labourers however when it came to Opal they excelled as Opal cutters more so than the Australian Opal miners.

Even during the Gold Rush the Chinese would not work directly in the gold mines but would work in the tailings that the European workers had gone over. Opal mining suited the stocky build of the Europeans so for the last 50 years the Chinese have concentrated on buying and cutting Opals. Many Opal fields had permanent Chinese Opal buyers just waiting for the Opal miner to bring his rough Opal to view. 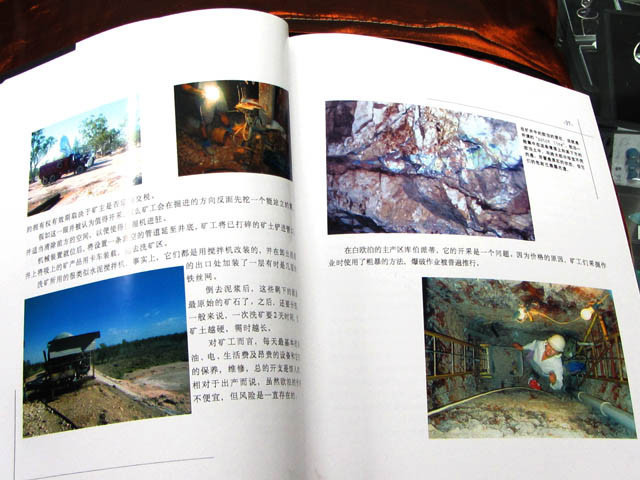 In Coober Pedy, South Australia there were dozens of Chinese buyers buying rough opal. But there were only a few Chinese buyers at Lighting Ridge, New South Wales.  Lightning Ridge has over 70 nationalities represented in the area including Chinese.

In the 1800’s, British pastoralists came to this area and Chinese workers were bought in to work the gardens. This introduced more Chinese to this remote area of Australia. The Commonwealth Legislation act also covers listed migratory species as listed under the China Australia Migratory Bird Agreement.

Black opal needed highly trained and experienced cutters where as South Australian Opal was very easy to cut and polish. Chinese buyers would drive around the Opal fields in South Australia and ask miners did they have any Opal to sell. Many would just drive up to the miners camp, motor still running and ask if they struck Opal and if the answer was ‘‘yes’‘, they would turn the motor off and view the parcel of Opals. The area to visit Opal mines was over hundred of miles.

Today the Opal miners trade in Expos and try to entice Chinese jewelry manufactures to visit the Opal fields to appreciate the outback experience of Opal mining and how beautiful it looks made into jewelry. The 2010 a Gem Trade Show received considerable interest in China with feature articles appearing in two newspapers, the Shandong News on Gem and Jade and Te Bie Bao Dao. 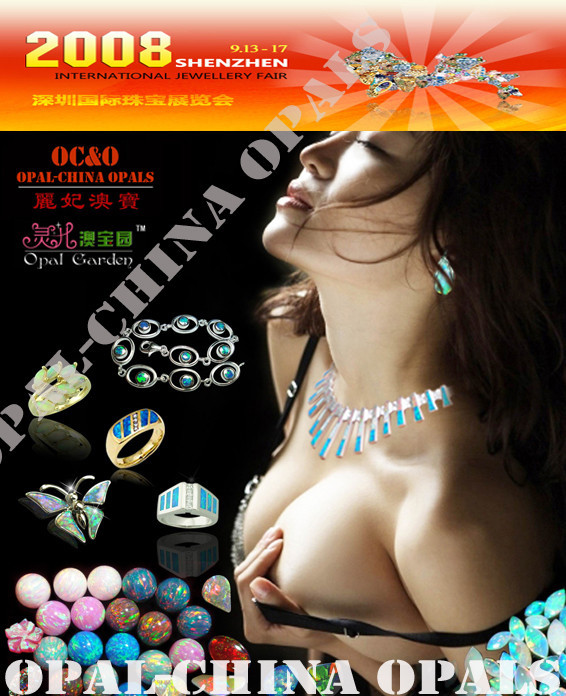 Opal was also the feature gemstone at May 2013 Gem and Opal exhibition at CMGS the first China (Changsha) Mineral & Gem Show. It is held in Changsha city, capital of Hunan Province

Mining for gold is physically demanding work. Here, Chinese miners are using a sluice box and puddling mill to search for gold, while another miner has a massage to relieve his aching shoulders. Ref National Museum of Australia.

When Gold was discovered in 1853 people for all over they world flocked to the Aussie Gold fields to make their fortunes. By 1861 over 24,000 Chinese miners were on The Gold fields of Australia. In China most workers did not have enough money for the journey to Australia so wealthy Chinese businessmen lent money to these workers so the Chinese had to constantly send money back home to repay their debt and support their families.

They did not work underground as it has been said that they feared offending the mountain god so they worked in areas with round sluices instead of square sleuths. They made good income from tailings leftover by the European miners.

Black Opals displaying unique pattern known as CHINESE WRITING -This pattern is rare and similar to writing design. It is even more rare to find other Opals such as Boulder or Ethiopian that has this unique pattern. 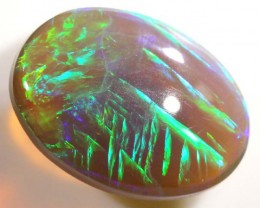 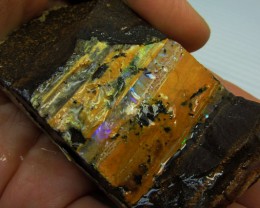 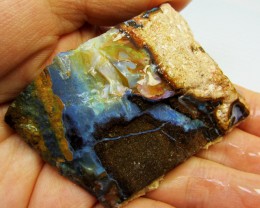 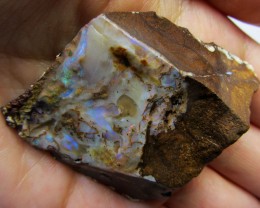 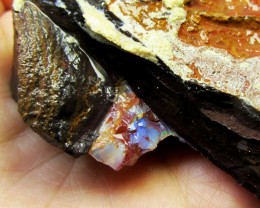