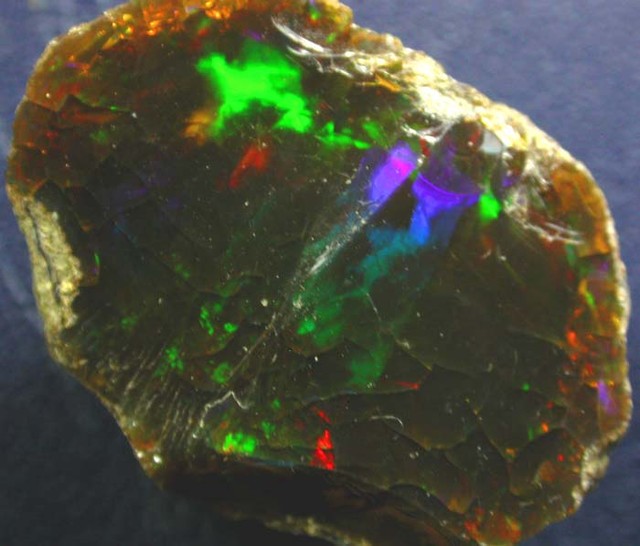 This is a  beautiful natural untreated rough  black specimen from the welo opal fields in Ethiopia.It has a stunning display of  BLUE RED GREEN ORANGE fire.This material is very bright .There are some fault lines in it so the stone will cut smaller or kept as a specimen.

The pictures were taken when it's dry.

You have the option to cut this stone as a natural stone or if you may wish to treat it.For tips on cutting this stone go to  the OPAL FORUM section on the front page-yThen go to CUTTING OPAL and you will see CUTTING /STABILIZING ETHIOPIAN OPAL. 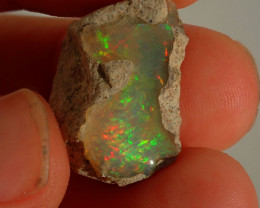 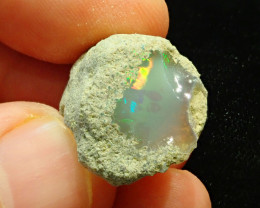 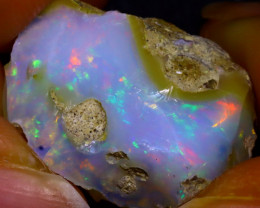 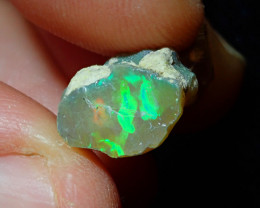 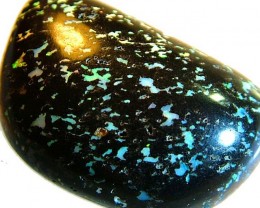