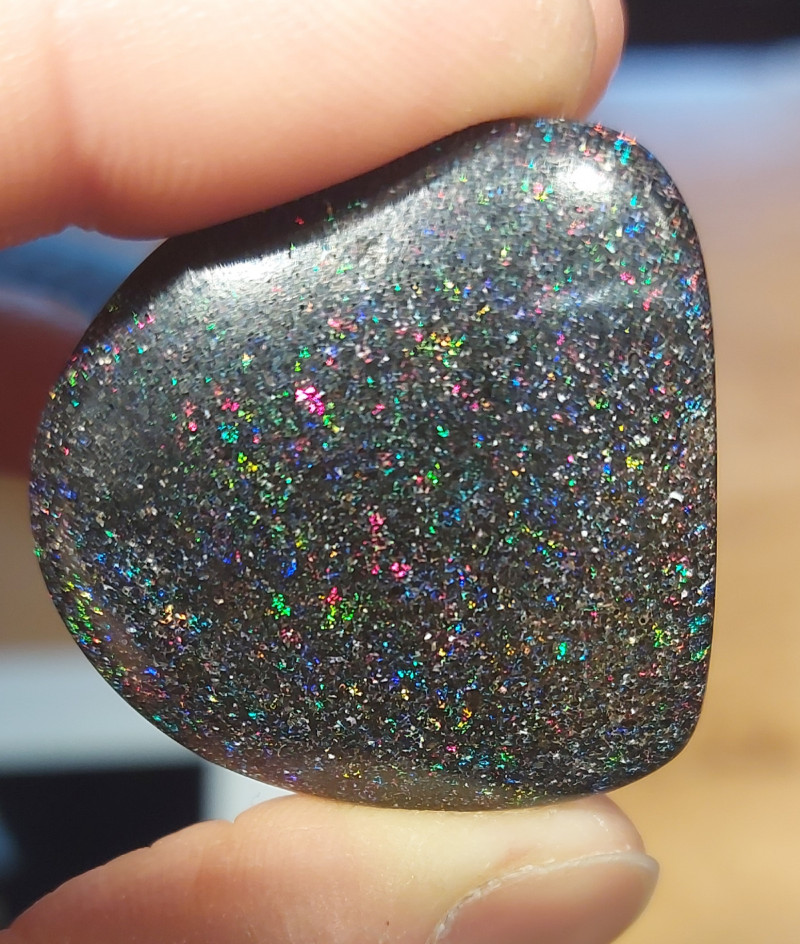 Fairy opal is the term given by opal miners in Queensland, to opalised sandstone after treatment.
Opalised sandstone is sandstone ( mother rock of opal ) impregnated with small grains of precious opal.
Opalised sandstone is only found in Queensland Australia.
Opalised sandstone is rather localised and when found, no opal of significant size is present close by.
It appears that the opal formation has been limited and restricted to the sandstone in the area.
It is not particularly common, and opal colours can vary from blue to all the colours of the rainbow ( the latter being rather rare).
Part of treating opalized sandstone is to darken the sandstone which as a result make the opal colours stand out looking very bright.
The other part of the treatment is to make the stone harder without any voids ( as natural sandstone is porous)
which allow to highly polish it.
There are several methods of treating opalised sandstone:
It is cooked in a saturated solution of sugar or honey, wether dissolved in water or in household cooking oil, until the sugar or honey is carbonised.
The contrast between the mother rock and the opal brings out and enhance the colours of the opal ( the opal itself is not affected by the cooking process) and it results in a black matrix kind in appearance.
It is then stabilised with an epoxy type of resin such as Liquid Glass and then polished.
It is common practice to preform the stones before cooking because the blackening of the rock is only a couple of millimeters deep and the final processing such as sanding and polishing can only be done on the blackened part of the stone; otherwise, the non blackened part will reappear and the full treatment will have to be done again.
Cut and polished Fairy opal can be fairly valuable based on the beauty and rarety of the finished product.
Fairy opal is considered to be a treated opal matrix. (Bag 5) 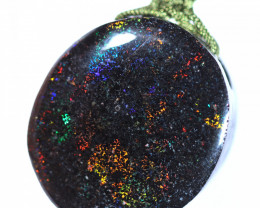 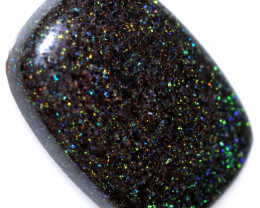 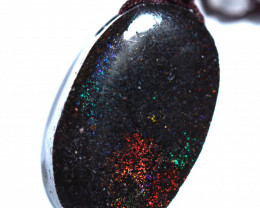 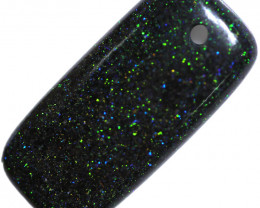 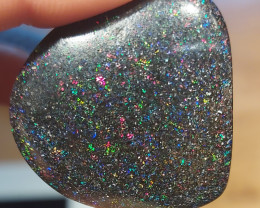 My package arrived over a week before the expected date and it is more gorgeous than it looked online even! They were also very generous and gave me a free gift of pearl earrings and a coupon for next purchase! I will definitely be a returning customer, t 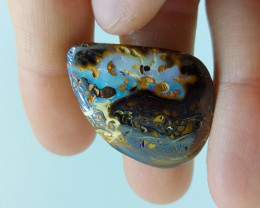 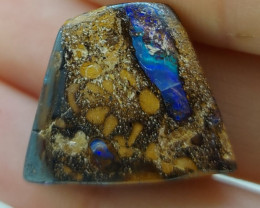 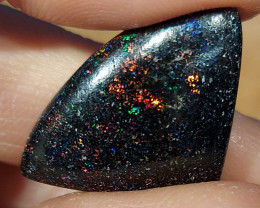 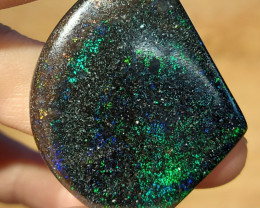 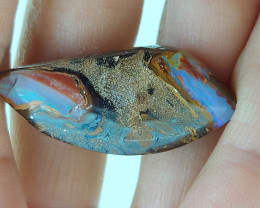 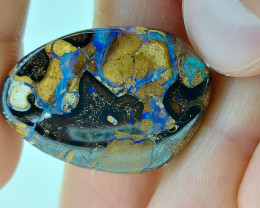 21st Apr
positive
Boulder Opal 54.44 Carats
You have not bid on this auction.
You are winning!
You are not winning! 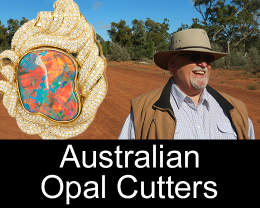